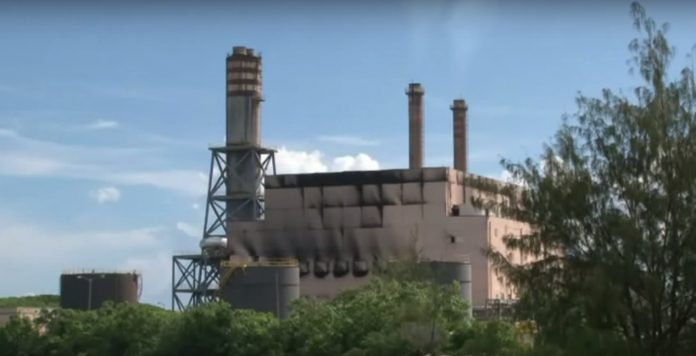 The explosion at Cabras 3&4, which occurred last week, have already caused load shedding for some parts of the island.

Guam – GPA is asking residents to conserve as much electricity as they can following a series of outages yesterday evening and this morning.

According to a press release, GPA had to load shed some circuits yesterday evening and this morning due to a lack of capacity. GPA says the load shedding happened because GPA had to secure its Cabras 1 on Friday night to repair a boiler tube leak. GPA says the explosions at Cabras 3&4 last Monday has left them with 79 megawatts less of capacity. In the release, GPA expressed concern about not being able to provide adequate capacity during the daytime hours of 10 am-5pm, especially during the peak hours of 6-9pm because of the loss of Cabras 3&4.

GPA says the return of the Cabras 1 to full operation should provide them with enough capacity, however if any other systems go down, we could see more load shedding. GPA says that they could be vulnerable to load shedding for the next couple of months while they look for solutions. GPA General Manager John Benavente says that gpa will look to work with the consolidated commission on utilities for help with solutions. The release says that Cabras 1 should be back online tonight. In the meantime, hospitals and schools remain the top priority. GPA says that any outages will be on a rotational basis and should last an hour.