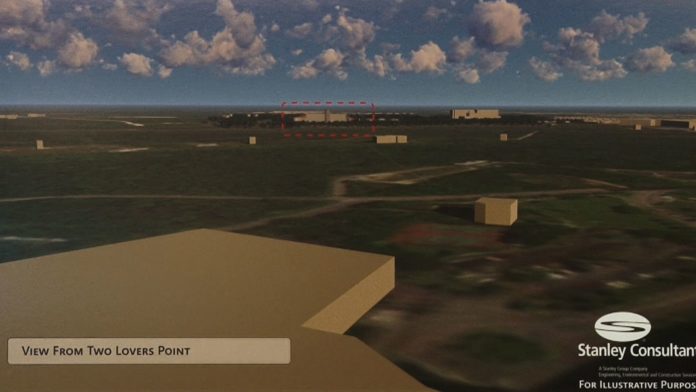 Guam – The Guam Power Authority is seeking legislative approval to rezone private property along the Harmon cliff line for the construction of a new power plant.

GPA is asking lawmakers to rezone 3 lots at the Harmon cliff line or Two Lovers Point area before they purchase private property to build a new 180-megawatt power plant.

“The question about why is that site the site being proposed? We’ll let the GPA panel elaborate on that but basically that is the area that they found to be most economically feasible and it is also close to the gray water source that they need for the power plant and in addition to that this particular site would be the closest site that they have identified that would be closest to the load concentration that basically is to be served. And that is Dededo Yigo and the military bases up in this area in addition to Tumon and Tamuning,” said the bill’s sponsor Senator Tom Ada

GPA General Manager John Benavente says placing the new plant here will make it closer to the more populated villages and by being closer it will save money.

“Putting the plant in that location is gonna save us about a million and a half a year in line losses because right now the power plant we bring all the power from down in Cabras up through the mountains through Agana all the way up to Harmon where its utilized. So, from here to there it’s about a million and a half so over 30 years. That’s a substantial amount,” said Benavente.

“I’m just concerned how much are the rates gonna go up after you build it? It’s four hundred million dollars, right?” asked Senator Joe San Augustin.

“The promise of the CCU and GPA management is that we’re gonna construct this power plant and we’re gonna pay for the debt service and all of that without raising the rates. Not raising the base rates,” said Benavente.

Senator Rodriguez is concerned about the protests that have been raised by the GRMC hospital and other surrounding property owners.

In addition, the Guam Hotel and Restaurant Association raised concerns about emissions being near Tumon Bay and the tourist district.

Benavente said that Tumon bay already receives some emissions from the current power plants when the winds blow in a certain direction.

“The emission with the new power plant at Tumon bay is 10 times to 100 times cleaner than it is today,” said Benavente.

Benavente says this is because the new power plant will burn ultra low sulfur diesel which is a cleaner fuel than what is being burned in Guam’s power plants today.

“In a normal zoning process, you are going to have to go to land management and if they have any concerns they are going to make those as requirements or conditions of the rezoning and we are not doing that here. We are rezoning pretty much blanketly and then we are blanketly giving them an authorization to make a power plant,” said Vice-Speaker Terlaje.

Bill 223 was moved into the voting file.