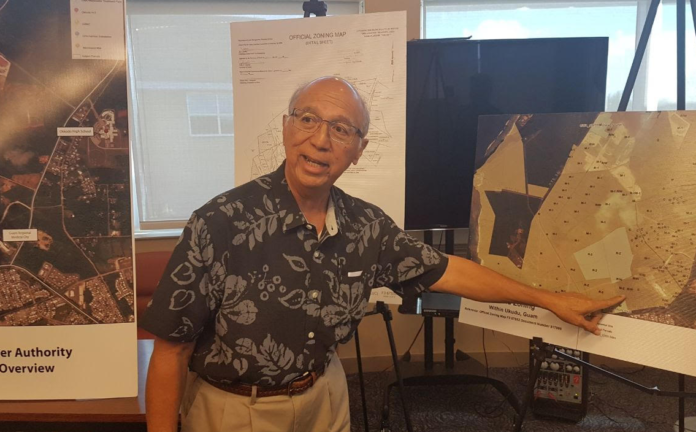 Guam – After decades of planning, the Guam Power Authority has finally unveiled their plans for a brand new power plant project.

GPA announced the new base load generator that will feature 180 megawatts of power and ULSD natural gas.  The new plant will hopefully meet the high demand for base load capacity, as well as address growing concerns for renewable energy usage.

According to GPA General Manager John Benavente, the new base load’s EPA compliance will save the government of Guam over $20M in the long haul.

“Don’t forget that we’ve been saying this for several years now,” said Benavente. “If we don’t comply and burn clean fuel or convert the existing power plant to burn clean fuel, we could be faced with over $150M in penalties. In addition to that, our operating costs will go up at $297K. Meaning, if we do nothing at all and don’t comply it’s going to cost another $28M a year in addition to the penalties.”

The base load’s new location will require a 30 acre buffer around the 30 acre power plant.  According to Benavente, the new plant could potentially co-exist with the Guam Regional Medical City.  The strategic Harmon location also serves as protection from potential tsunami impact.

“We’re looking for about 40 acres,” explained the GM. “This property made it a lot more reliable –extremely more reliable to hit the substation. It also saved us almost $30 million in additional capital investment because we won’t have to put transmission lines.”

About five offerors have already bid on the upcoming project.