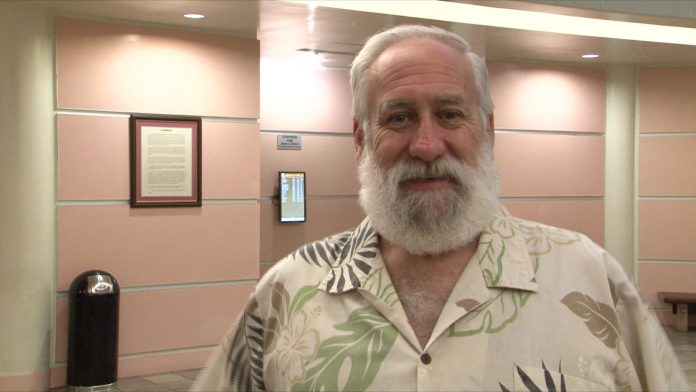 Guam – Victory after victory for Veterinarian Dr. Joel Joseph, just a few days after winning a case up in Supreme Court, he won another decision today in Superior Court. Judge Anita Sukola ordered the Guam Police Department and Public Health to return items they confiscated from Dr. Joseph’s clinic during a police raid.

“She took the bull by the horns in regards to this issue,” Dr. Joseph tells PNC. “But the judge was in control, the judge was very smart. The judge sat down all these officials from public health, the police chief, etc., and told them how they are going to give the items back.”

Some of these items include medical records and computer equipment. Some veterinary drugs were also confiscated, but Dr. Joseph says the judge has scheduled another hearing to discuss the return of those items.

Today’s decision follows another judicial decision made by the Supreme Court a few days ago. In that order, the justices agreed with the lower court’s ruling that the Guam Board of Allied Health Examiners violated the open government law and therefore any decision they made to suspend Dr. Joseph’s license should be overturned.

“I’m ecstatic about the supreme court decision I think it’s a very good thing for the people of Guam. The important thing is, this is now the 6th time–5 judges before this and the 3 judges of the supreme court have now said the Guam Board of Allied Health Examiners has violated the laws of Guam, violated the open government law, and they’ve said other laws too,” he explains.

Dr. Joseph and some members of the Allied Health Board have been at odds for several years. Many attempts were made by the board to revoke Dr. Joseph’s license because of unprofessional conduct and fraud, but they have been unsuccessful so far. Dr. Joseph says the board should be held to the same standard.

These aren’t the last of Dr. Joseph’s cases. He also filed a lawsuit in the federal court against the some members of the Attorney General’s Office and the Allied Health Board for violation of his civil rights.