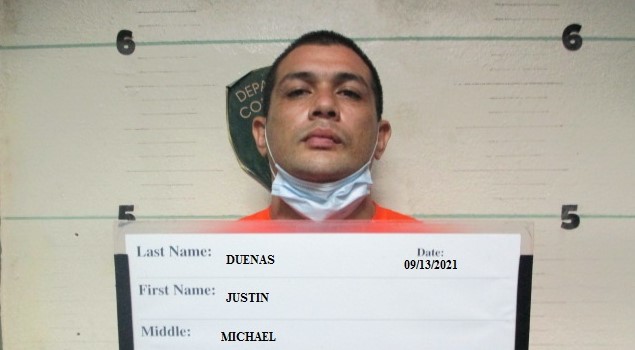 On Sunday, September 12, 2021, GPD officials received information as to the whereabouts of 31-year-old Justin Michael Duenas, who is being sought by detectives relative to an ongoing shooting investigation that occurred on August 18, 2021, at a home in Harmon.

Officers assigned to GPD’S Special Operations Division were able to locate and detain Justin Duenas in the Toto area.

Through the course of the investigation, detectives learned that 27-year-old Jorjette Ray Garrido had been assisting Justin Duenas in evading his apprehension. Both Justin Duenas and Jorjette Garrido were transported to GPD Headquarters in Tiyan.

Justin Michael Duenas was later arrested for the following offenses:

Justin Michael Duenas was subsequently booked and confined at the Department of Corrections.

Jorjette Ray Garrido was arrested for the offense of hindering apprehension. She was booked and released.