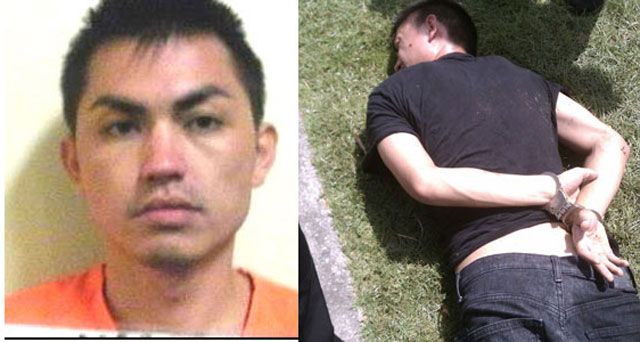 Last night GPD issued a WANTED NOTICE for him, warning he was possibly armed and dangerous.
Spokesman A.J. Balajadia said  that the Criminal Investigations Division was looking for him in connection with an ongoing armed robbery investigation. He had last been seen about 5pm yesterday afternoon, Thursday July 24th, fleeing the Granada Apartments.
Officer Balajadia warned he may be armed with a silver .44 Magnum revolver and he advised anyone who saw him to use “extreme caution.”

This morning, Officer Balajadia released a picture showing McCord on the ground, handcuffed. The time stamp on the photo is 11:30am. He advised that the WANTED NOTICE is now cancelled and said details of the arrest would be released at a later time. 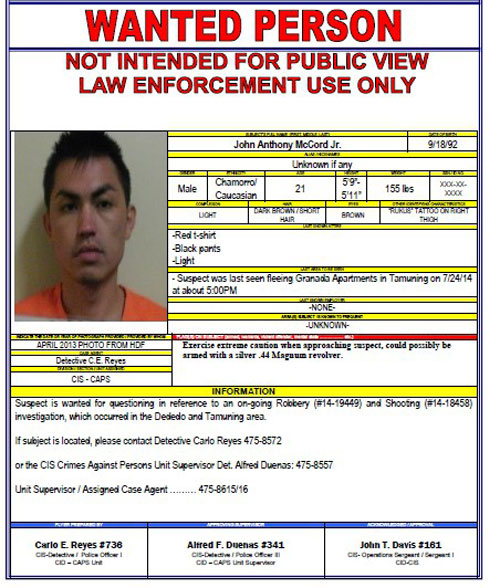