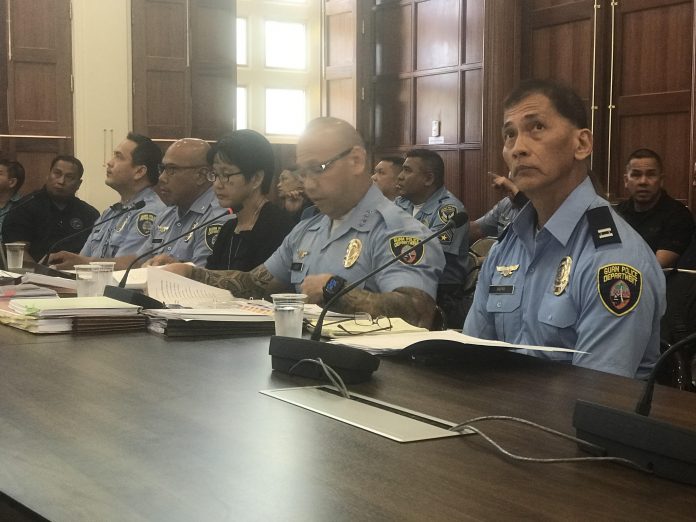 Guam – The Guam Police Department and Guam Fire Department both went before the legislature to present their budgets today(Weds).

GFD is requesting $38.2 million dollars for FY18 which is a little over 200 thousand dollars more than the $38 million they requested for FY17. GPD is requesting $39 million for FY18 which is about $1.4 million dollars more than their request of $37.6 million for FY17. Vice-Speaker B.J. Cruz asked Chief of Police J.I. Cruz whether or not his agency has received 100 percent of the money that was budgeted for FY16.

“All monies appropriated by the 33rd Guam legislature in the 16 budget was released to the Guam Police Department,” said Chief Cruz. Budget hearings will continue on Friday with the University of Guam.