Guam – Guam Police officers and Alcohol, Tobacco and Firearms [ATF] agents seized drug paraphernalia, firearms and made 3 arrests in a search of  3 homes in Yigo and Barrigada Friday afternoon.

The arrests were made in connection with the armed robbery of  the New Nana’s Store in Agana Heights on September 8th during which one of the guns was discharged.

The bullet lodged in one of the store’s coolers and was retrieved by police. The robbery was recorded by the store’s video camera and one of the suspects was identified from that tape.

Several firearms were seized along with drug paraphernalia. 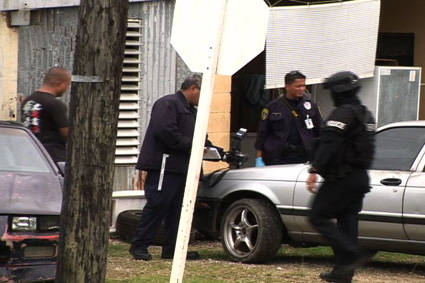 The 3 men arrested are

1. 29 year old Dedrick Jonathon Aguon of Barrigada. He has been charged with Criminal Facilitation; Conspiracy; Guilt Established by Complicity; Illegal Transfer of Firearms; and Possession of F/A w/o a F/A ID 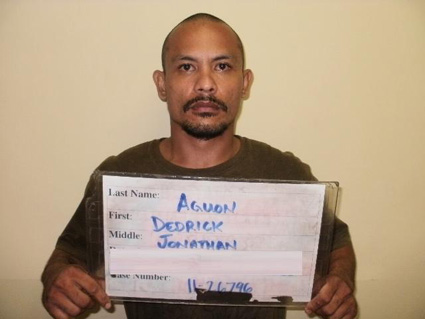 2. 29 year old Dwayne San Nicolas of Barrigada. He has been charged with Robbery; Conspiracy; Criminal Mischief; Possession of a F/A w/o a F/A ID; Illegal Transfer of a F/A; Possession of a Deadly Weapon in Commission of a Felony 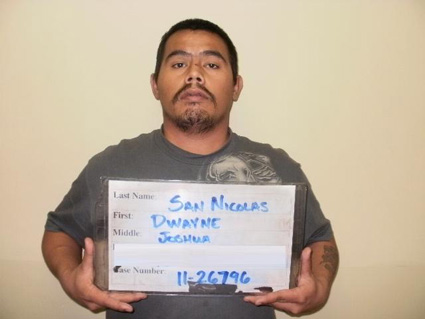 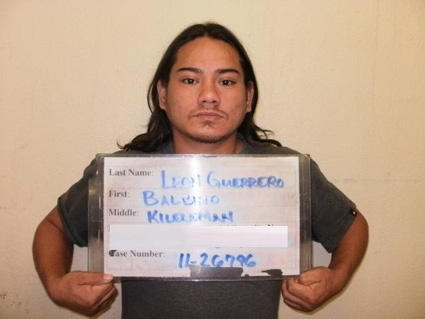 All three were booked and confined.