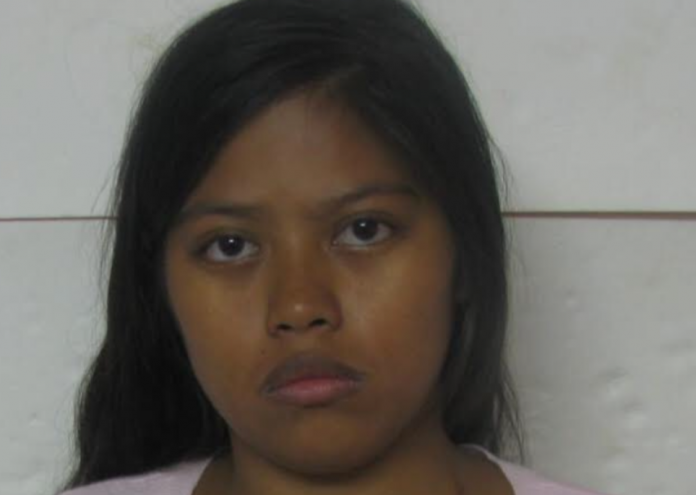 Guam – The woman who was seen physically assaulting a baby in a video gone viral is now behind bars, according to Chief of Police J.I. Cruz.

Here’s that video but we must warn you that the video you’re about to see is graphic and may be disturbing to some viewers.

The video emerged on social media on Monday. In it, a woman can be seen entering a doorway with an infant dangling from her arms. She then appears to slap another child in the face several times. The baby, who was sitting on the floor, appears to be no more than a year old.

The child’s permeating screams can be heard while the mother continues to whack the child’s face saying, “shut the [expletive] up.”

PNC received multiple messages from people claiming to know the woman in the video, identifying her as Leeana Ree Finona Yun. GPD now confirms Yun is the woman seen in the video.

“That particular case was a woman with her children and she was dealing with that particular situation. It was caught. We managed to bring her in to the Guam Police Department. Our [Domestic Assault Response Team] did conduct an interview. We even interviewed the person taking the video and the bottom line is that she has been arrested and that case is being dealt with,” said Cruz.

Yun was arrested on charges of aggravated assault, child abuse and family violence. She is expected to appear in court tomorrow for a magistrate hearing.