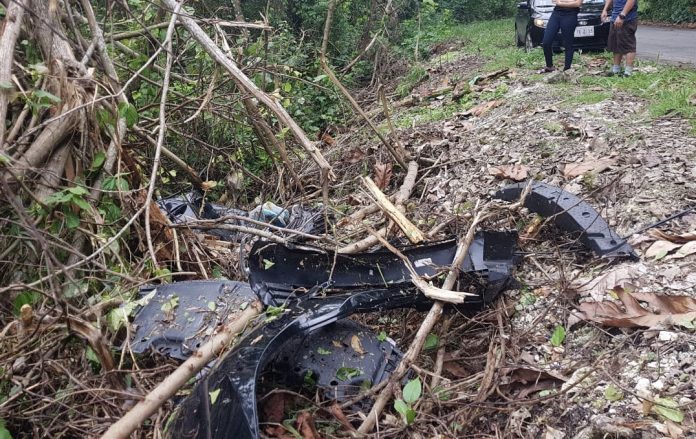 Guam – The tragic deaths of two teenagers involved in a car crash over the weekend have brought light to a curious twist of policy at the hands of Chief Medical Examiner Dr. Aurelio Espinola.

The island’s only medical examiner asserted yesterday that he would not be conducting autopsies on the two teenage boys who died in a car crash over the weekend.

“I do not do autopsies on passengers of car crashes,” Espinola told PNC–a surprise to local law enforcement authorities who appeared to be baffled as to why the medical examiner would make such a statement.

When PNC shared with Espinola that GPD was waiting for the results of the autopsies for their investigation Espiniola further stated, “they can wait all they want. I am not doing the autopsies.”

Today we reached back out to GPD spokesman Sgt. Paul Tapao who stated that he was still waiting for a response from the crash investigators.

But the statements made by the Medical Examiner appear to be contradictory as Espinola has previously released autopsy reports of passengers involved in other car crashes within the last year.

For instance, in October 2017, two car crash victims’ autopsies were conducted by Espinola. Espinola stated at that time that a 26-year-old victim died of a basal skull fracture and broken neck. He also noted that the victim died on impact from the first collision, adding that he would be conducting an autopsy on the female victim.

In November 2017, Espinola conducted an autopsy on a 20-year-old woman who was ejected from a pickup truck after the driver lost control of the vehicle and ran off the roadway in Yigo. Espinola ruled the death accidental, stating that an autopsy revealed her death was a result of a broken neck.

This raises the question: why would the chief medical examiner change his stance on conducting autopsies of passengers in car crashes?

What we do know is that the Espinola is nearing retirement but without a prospect to take his place he may not be able to retire. We also know that authorities have recently barred the medical examiner from releasing information regarding several investigations being conducted by local and federal law enforcement officials.

Knowing this raises yet another question, is there a power struggle ensuing between GPD and the chief medical examiner? While this remains to be seen, Espinola’s refusal to conduct the autopsies on the two teens who have recently passed may have negative impacts on GPD’s investigation into the car crash.

The two victims were passengers of a black Toyota Corolla Saturday night after the driver lost control and veered off the roadway. The driver was taken to the Guam Memorial Hospital and was treated and released.

The preliminary investigation suggests that the three male occupants of the vehicle were traveling East on Aguon Road in Yona before the accident occurred.