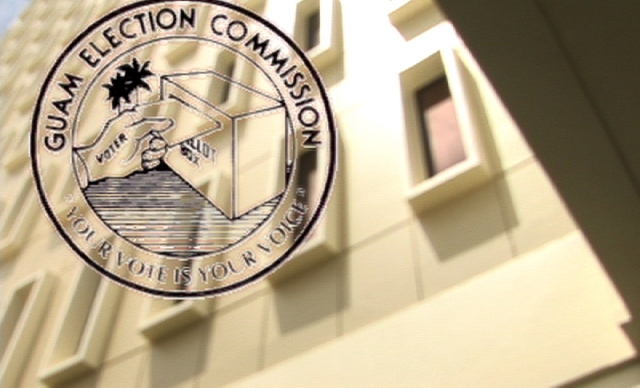 On Friday Guam Election Commission Vice-Chairwoman Alice Taijeron wrote a letter to Chairman Joe Mesa requesting a special meeting and requesting a hand count audit of the election. Then on Saturday night police were called to the GEC offices as some concerned citizens noticed what they thought to be lights coming from the GEC offices during a power outage.

“On Saturday I was tipped off by some concerned citizens that some lights were on at the election commission on the second floor of the GCIC building,” said Gutierrez/Gumataotao campaign manager Jeff Marshesault. Marshesault says this happened during a power outage that affected Agana and Agana heights. GPD was called and they investigated but they didn’t have a key to the GEC offices so they waited for GEC Executive Director Maria Pangelinan. “We inspected all the rooms including the locked rooms where the ballots are, the conference room, the whole office… it looked like everything was intact,” said Pangelinan.

In fact according to GPD PIO A.J. Balajadia the doors and surrounding areas did not appeared tampered with and it did it not appear that anyone had accessed the election commission offices so no official complaint was taken.

Pangelinan says the building has a generator so that could explain the lights also she says the lights could have been coming from another nearby office. As for the request for a special meeting and for a hand count audit Pangelinan says no response has been given by the GEC board Chairman. There is a regular meeting scheduled for this Thursday.