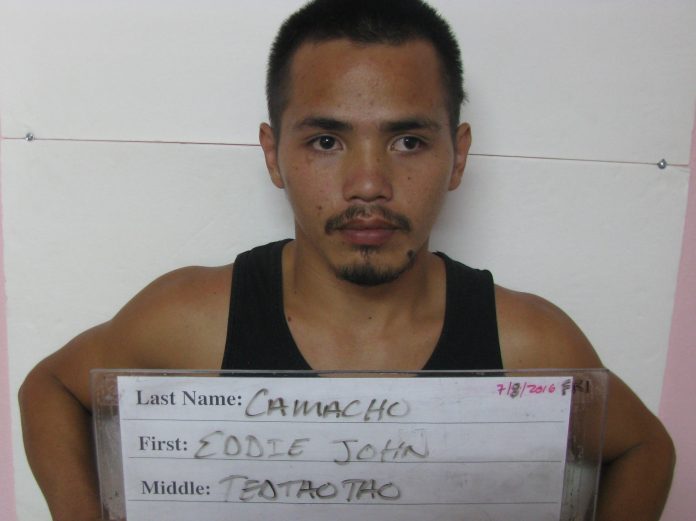 Guam – The 23-year-old man who struck cyclist Eric Bell the morning of June 2nd admitted to police that he was speeding home from work that morning. This is according to a magistrate report.

Eddie John Camacho was charged with vehicular homicide as a second degree felony, reckless driving with injures as a misdemeanor and speeding as a violation.

Court papers state that Camacho was driving home from work as Bell was crossing the crosswalk on Route 1 near the Micronesia Mall.

Camacho told police that before entering the intersection the light was green, however, he couldn’t recall the color of the light upon impact because “he had been glancing toward the Micronesia Mall area to see if any cars were about to enter onto Route 1.”

Police, however, interviewed a witness who was driving in front of Camacho who said that as he crossed the intersection he noticed the lights turn yellow.

Police determined based on the reconstruction of the scene that Camacho had to be traveling between 42 to 51 miles an hour at the time of impact.

Camacho admitted to police that he was traveling at around 50 miles an hour, which is 15 miles an hour over the posted speed limit of 35.

Bell died as a result of his injuries at the Guam Regional Medical City on June 17.