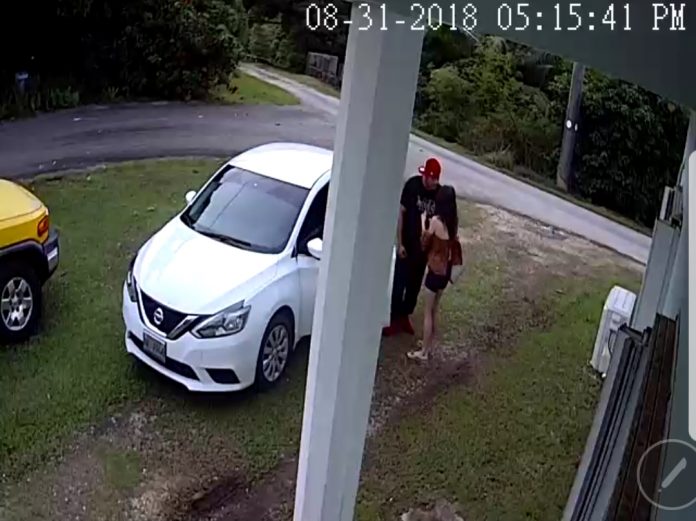 Guam – Could Piatra Tuncap have been found sooner? Could her alleged kidnapper Brian Cruz have been apprehended faster? Why did it appear that the community was spreading the word and searching for Tuncap before authorities even acknowledged an investigation and manhunt for the suspect?

These are just some of the questions raised by the community in an outcry for answers from the Guam Police Department.

Tuncap was kidnapped on August 31 at 5:15 in the afternoon, as captured on surveillance footage. Shortly after her disappearance, family and friends turned to social media sharing the surveillance footage which spread like wildfire throughout the community.

For nearly 10 hours GPD was silent. It wasn’t until 9:52 a.m. on Saturday acknowledged their involvement, noting that authorities were looking into the surveillance video.

Chief of Police J.I. Cruz was on News Talk K57’s Four Hour Phill to address concerns over this delay, admitting that there was a lapse in time between the video’s release on social media and GPD’s announcement–but for good reason.

“What was happening was as that video was being released we had to go back and validate that information. If we don’t go back and validate this we could hypothetically or theoretically be chasing our tails. We just don’t know what it is,” explained Cruz. “I mean, how many videos have we seen, Phill, on social media that is from months ago?

“Our detectives need to go back and validate that. We need to interview persons who are involved in this and we need to get copies of that video recording and validate some of that information. All that, taking into consideration all that was happening in that time frame there was a lapse from the time we saw the video to the time we said yes that video is valid, this person is missing this person was kidnapped.”

An hour after the first acknowledgement of a kidnapping report, GPD followed up with a press release confirming that the victim was Piatra Tuncap, and her alleged abductor is Brian Kevin Cruz. The release also indicated the vehicle utilized in the kidnapping but no description was provided of the suspect.

Chief Cruz is adamant that this case was handled strictly by the book, filtering up information through the chain of command before passing the case over to the Criminal Investigations Division. This raises the question: how much man power was devoted to Tuncap’s kidnapping? Cruz says it was not logical to activate additional patrols to work beyond their 12 hour shifts. Instead, he activated resources in other departments to deal with the case accordingly.

“SWAT, CID all those other entities, that’s how we normally do business. And we did it accordingly,” asserted Cruz.

Six to eight agents not only worked on the Tuncap kidnapping case but they were also simultaneously working on two separate death investigations: the Macheche death and the Petros injured person’s report.

“Sgt. Maj. Randy Aguon, he is our police sgt. major, he assisted in this matter as well. He comes in after hours as our staff duty officer after working hours. So that he represents management he can make those managerial decisions on the spot out in the field. Sgt. Maj. Aguon definitely prioritized this kidnapping case even after 5 o’clock so that all the precincts prioritized this particular case,” Cruz further explained.

From broadcasting the All Points Bulletin, to the search for the suspect and the victim, Cruz is adamant that an adequate amount of resources were spent on the case. And while Brian Cruz had an active warrant for his arrest, it was not necessary to tap into the Judiciary Marshals for assistance in locating the suspect, said Cruz.

But that’s not to say GPD wouldn’t have called in the marshals if there was a need. Instead local authorities felt that the resources GPD devoted to the case was sufficient and based on the intel they received, they dealt with the case accordingly. In fact Cruz says that GPD was comfortable with the investigation.

“If you take a look at the timeline from the time the incident was reported to the time that the apprehension was made, that’s a relatively short amount of time, all things considered. And again we could have called the marshals in to assist but we felt that everything was moving along and progressing along accordingly,” asserted Cruz.

Providing further clarification on why GPD handled the case as they did was Lieutenant Ron Taitano who shared the reasoning behind the paced investigation.

“Because we can be swift and fast but we can also be exceptionally lazy, not as meticulous and when it gets to court all of the flaws of the investigation are exposed and we lose. So again we can be fast and we can lose a whole lot of stuff and then how would the public feel most importantly how would the victim feel if we did such an exceptionally fast job but lousy job and that suspect walks free,” he said.