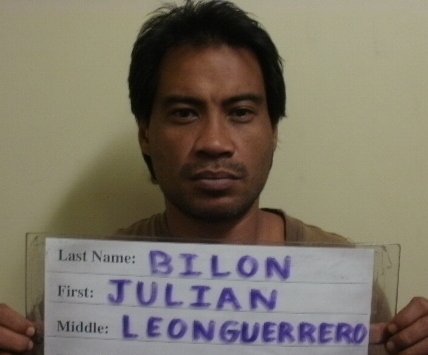 Julian Bilon and his wife, Jessica, are charged with child abuse and family violence.

Guam – Yet another case of child abuse in which children are forced to live in deplorable conditions has surfaced. Husband and wife, Jessica and Julian Bilon appeared in court today to face child abuse and family violence charges.

Police say they were led to this case through the couple’s 13-year-old daughter who apparently had had enough of the abuse so she reported her parents to school officials.

The daughter says just a few days ago her father became angry because she used too much dish soap, so he struck her on her ear and punched her in the back. A few days before that, she says her father tried to get a dog to bite her for allowing her younger siblings to play on gravel. At one point, the victim told police that her father spanked her buttocks 42 times causing extreme pain and bruising.

At the couple’s home where 5 children reside, ages 3, 4,10, 13 and 14, officers found the family to be living in deplorable conditions. Police say all the children appeared soiled and disheveled. The two bedroom tin structure had no glass windows, screens or doors. There was no running water or power, and outside the home, there were piles of trash, dirty dishes, and barrels of rain water filled with mosquitoes and larvae.

Inside was even worse, police say, a mud-soaked carpet, piles of molded clothing and trash.

“The odor and the amount of filth in the residence was extensive to include the flies and mosquitoes,” the report states.”

The victim told police that her parents “like to get high,” constantly degrade her and force her to eat only leftovers.