According to a release from Guam Police Spokesman Officer A.J. Balajadia, Reyes has been booked and confined on charges of  Murder, Assault, Public Intoxication, Disorderly Conduct, and Family Violence.

GPD Officers responded to a disturbance call at 3 am Saturday at the Lolita Apartment, said Officer Balajadia, and the victim was transported to Naval Hospital where he was pronounced dead.

Navy Spokeswoman Coleen San Nicolas Perez would only say “the individual died at 4:53 am.”

Neither the circumstances that led to the death nor the manner in which the victim died were not disclosed.

In a texted response to PNC, Officer Balajadia stated “cause of death pending autopsy.”

Neighbors at the scene Saturday morning pointed to a second floor apartment as the location where the incident occurred. A man inside the apartment said he was cleaning up and he stated that the incident happened outside, but he was not present at the time of the incident and could not provide details.

There was no yellow crime scene tape anywhere at the location. 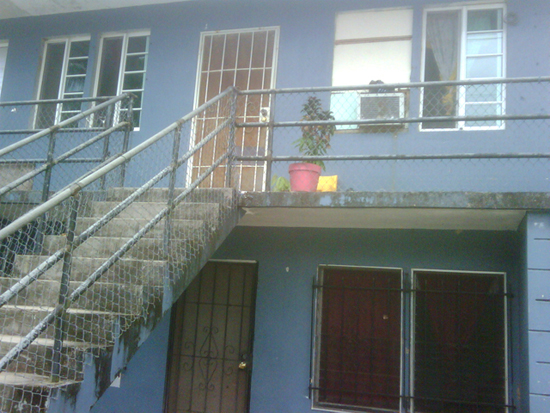 300am, Sunday, November 03, 2012, officers respond to a disturbance call at Lolita apartments in Anigua.

GFD medics transported a 24-year-old male to Naval Hospital where he was pronounced dead.

Case is still under investigation.