Also arrested was 18 year old Mylene N. Coronado of Dededo on charges of  Reckless Driving, DUI, and Consumption of Alcohol Underage. She was the driver of the other vehicle in the accident, a Toyota Scion. 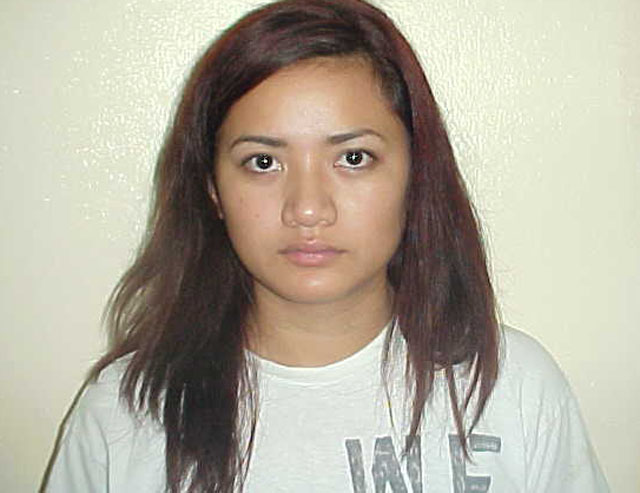 Both Brown and  Coronado were booked and confined.

The accident took place early Sunday morning on Route 1 in Piti.  Officer Balajadia reported that a blue Toyota Scion being driven by a 19-year old woman was in the inner northbound lane when Brown, in a silver Toyota Corolla, passed her in the northbound outer lane. The Corolla then executed a u-turn causing the Scion to collide with the Corolla.

The woman driving the Scion was the only occupant of that vehicle.

There were 5 people in the Corolla. All 6 people involved in the accident were “alert and responsive” at the scene.  1 refused treatment and the 5 other were transported to GMH where Santos later died.

BARRIGADA – This afternoon officers from the Guam Highway Patrol arrested;

Mr. Brown was the operator of a Toyota Corolla involved in a Fatality Crash on Rt.1 Fish Eye, Piti, August 25, 2013 where his rear passenger; Curtis Santos, 22/Santa Rita died.  Mr. Brown made a U-Turn after passing a Toyota Sion which caused the operator of the Sion to collide with Mr. Browns vehicle.

Both Mr. Brown and Ms. Coronado were booked and confined.

This case is closed and has been forwarded to the Attorney Generals Office.