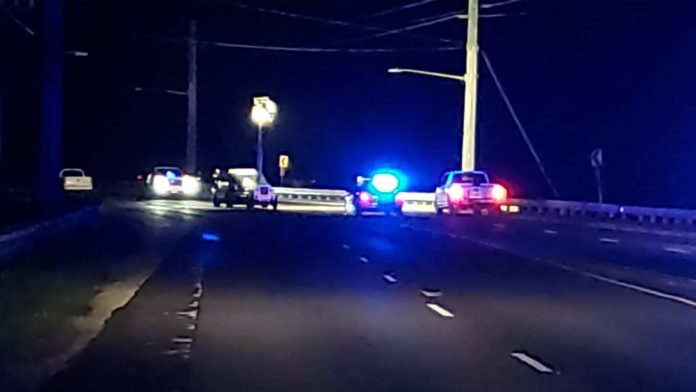 Police say their Highway Patrol Division has taken over the investigation.

The crash happened on Route 1 Marine Corps Drive, by Adelup.

On Tuesday, around 7:00pm, GPD says officers assigned to the Southern Precinct Command responded to a motorcycle crash. Guam Fire crews and EMS were also called to the scene.

The preliminary police reports suggest that a driver was on his black Harley Davidson motorcycle, traveling westbound on the outer lane by Adelup. He was the only motorist involved.

Police say the unidentified male motorcyclist lost control and ran off the roadway. The motorcycle then collided with a guardrail, which caused the cyclist to be thrown off the vehicle.

The driver was taken to the Guam Memorial Hospital and was pronounced dead by physicians.

Police say this case remains open, as crash investigators have yet to determine if speed, alcohol or drugs were factors in the crash.