He is also wanted in connection with a hit-and-run incident involving a police cruiser last week, as confirmed to PNC News by GPD Sgt. Paul Tapao.

Portusach is considered to be dangerous and should not be approached.

He is known to frequent the Kina Court, in Toto, Agana Heights and Piti areas. 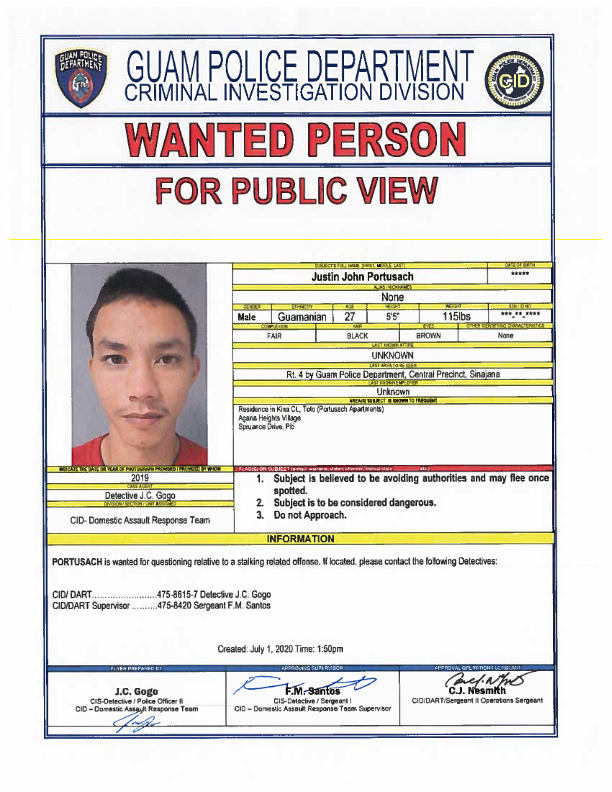 Information can also be submitted anonymously through the Guam Crime Stoppers tip line at guam.crimestoppersweb.com.

All tip information will remain completely confidential and cash reward of up to $1,000 could be paid if the information provided leads to an arrest and a grand jury indictment.