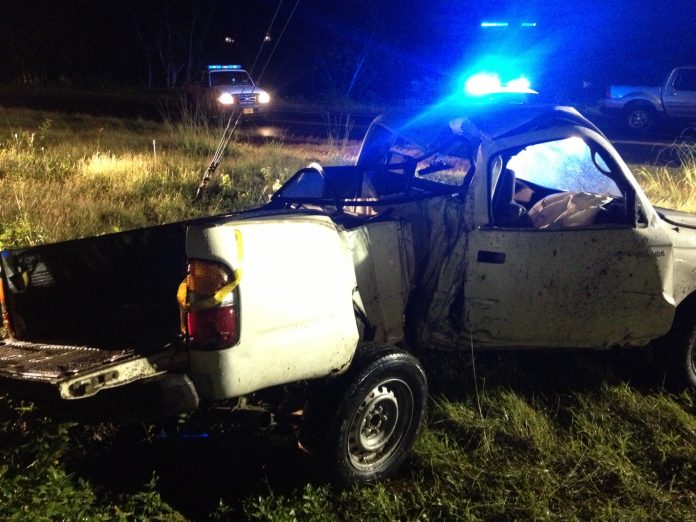 Guam – The island’s first traffic-related fatality death has been recorded on the first day of the new year.

Read the RELEASE from GPD below.

A male operating a 2003 Toyota Tacoma head south on Rt. 9 losing control, ran off the roadway and colliding with a concrete pole just before Chn. Ramierez, Yigo.

4:49am the male operator, thirties, was pronounced dead at GMH.

Guam Highway Patrol is conducting an investigation into the cause of this crash.

This marks the 1st traffic related fatality for 2013.