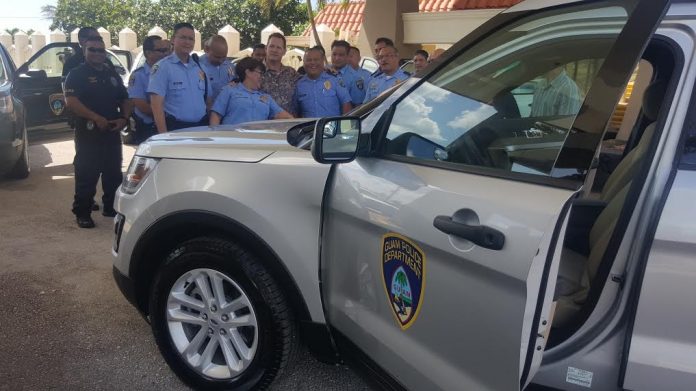 Guam – The Guam Police Department now has seven new vehicles to add to their fleet.

The seven brand new vehicles were lined up at Adelup this afternoon, ranging from Ford Explorers, Ford F-150s, and Toyota Tacoma trucks. According to GPD Chief JI Cruz, they were able to purchase the vehicles and a generator for the Dededo Precinct through the Tourist Attraction Fund and the federal Recreational Boating Section Grant. Cruz says the new fleet will be distributed to the Tumon/Tamuning Precinct and the Special Operations Division.

Cruz explains, “So with the money being appropriated to us through local appropriations and through federal grants, what you see here today are seven vehicles and a generator in Dededo. So what you see here is the government doing their part to show their commitment to GPD and ultimately to the people of Guam, to keep the community safe.”