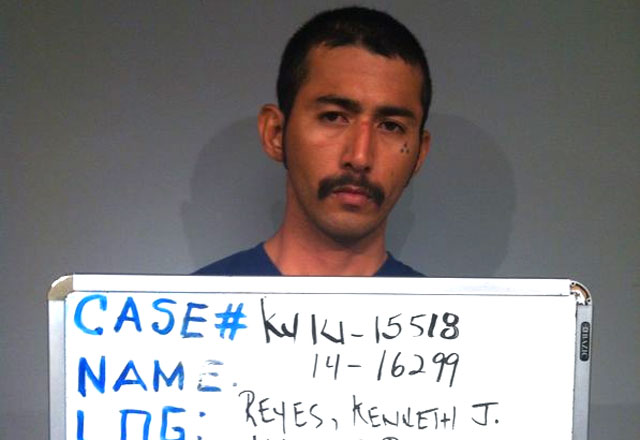 According to a release from GPD Spokesman Officer A.J. Balajadia, a man grabbed a purse from the front seat of a woman’s car while she was putting her groceries in the trunk.

He has been booked and confined for Burglary and 2 counts of Theft of Property.

HARMON – 9:30pm, Monday, June 09, 2014, officers responded to the parking lot of Harmon Cost-u-Less on a report of a male individual who grabbed a purse from the front seat of a car while female is placing her items that she purchased inside the trunk.

The Criminal Justice Strike Force and Dededo Precinct units located Kenneth Jay Reyes, m/Cha/29/Dededo hiding inside the restroom at the Harmon Loop Hotel. He was arrested for Burglary and 2counts of Theft of Property. Reyes was booked and confined.