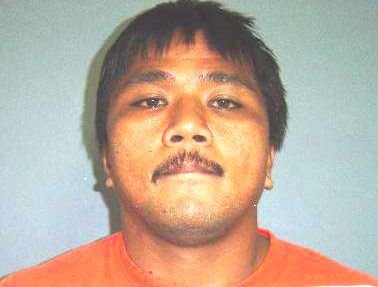 Guam – After the Guam Police Department issued a wanted notice for him Saturday morning, Johnny B. Atalig turned himself in Saturday afternoon.
The notice said that GPD’s Criminal Investigations Section wanted Atalig in connection with an un-specified ongoing criminal investigation.
GPD Spokesman Officer A.J. Balajadia says that Atalig turned himself into the Hagatna Precinct late Saturday afternoon.
READ the release from GPD below:
GUAM POLICE DEPARTMENT NEWS
TIYAN – A wanted person flyer has been generated for the public.  Detectives with the Guam Police Departments Criminal Investigations Section is asking
for the publics help in locating:
Johnny B. Atalig regarding an ongoing criminal investigation.
Anyone with information of the whereabouts of Mr. Atalig is encouraged to contact
GPD CID 475-8551, 475-8552
or Police Dispatch 475-8616, 475-8615
or Guam Crime Stopper at 477-HELP (4357)
A J Balajadia
Guam Police Department Spokesperson
MRFC, GHS Spokesperson 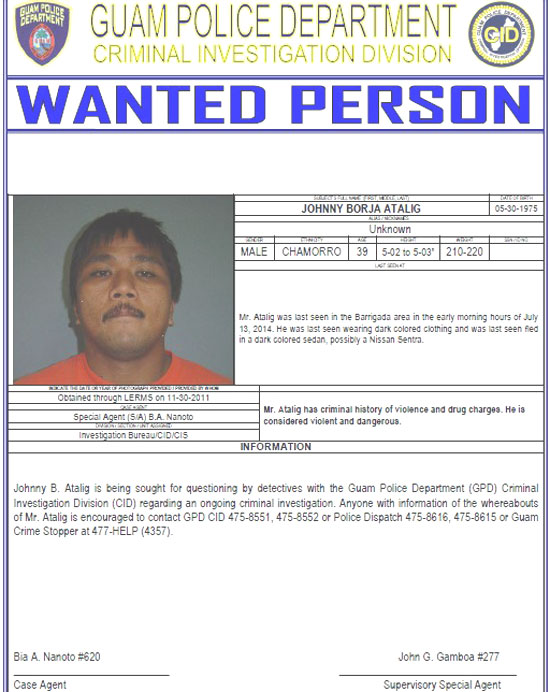