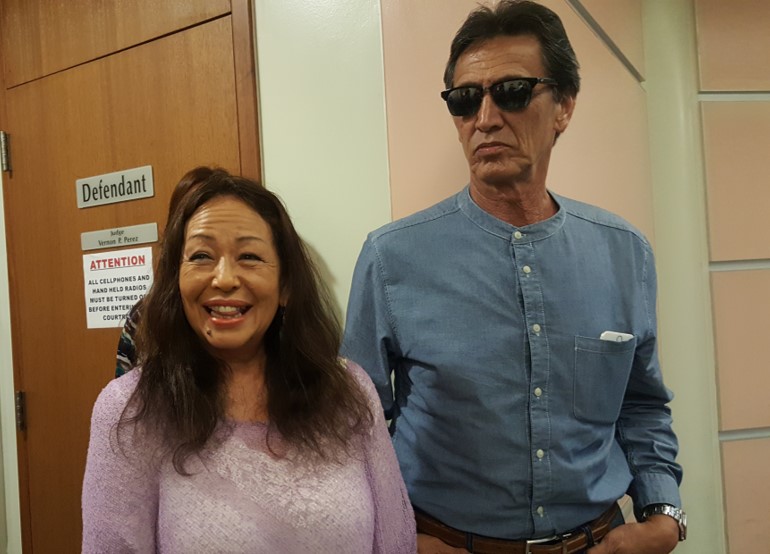 “I didn’t know if I would have been able to stand up on stage, so it was really to give me courage but as it turned out I didn’t need it,” said Elliman-Alexander.

Guam – Yvonne Elliman and her husband Allen Alexander have pleaded guilty to the possession of ice on Friday through a plea deal with the government which will allow them to return home prior to sentencing.

Yvonne Elliman-Alexander and her husband Allen Alexander have found their way home after a winding road of uncertainty landed them in prison for possession of drugs.

“We got through it. There was no thought of having or needing something to get through the show. We had so much adulation and love and adrenaline going. I guess that’s the only drug I needed,” said the Grammy award winner of her performance earlier this month for a benefit concert for Mt. Carmel Catholic School.

Elliman and her husband were living moment by moment, making the choice to turn to drugs and take a chance with 3.5 grams of ice and marijuana hidden in their luggage as they traveled to Guam from Hawaii for a benefit concert. In an interview with PNC Elliman admitted to the frequency of her drug use.

“No, no, not long time. Occasional, especially sometimes when you are under duress, and I had a back problem. I didn’t know if I would have been able to stand up on stage, so it was really to give me courage but as it turned out I didn’t need it,” confessed Elliman-Alexander.

And like Elliman’s song “Moment by Moment” goes “the choices you make depend on the chances you take,” well that chance booked the couple to a one-night stay behind bars.

PNC asked the couple if they had learned anything from their night in jail.

“Very much so. Indeed he more than I,” said Elliman, pointing to her husband. “He had some serious conditions to get through. It was a bed and I thought they treated us very fairly and they were very kind so there was respect there so we appreciated that.”

In court Friday, the Grammy award singer and her husband entered into a plea deal with the Attorney General’s Office, pleading guilty to possession of a schedule two controlled substance.

And with their motion to return home granted, everything’s alright, yes everything’s is fine, as long as the couple adheres to the stipulations of their plea agreement.

The couple says they are “about ready to hop on a plane.”

Elliman-Alexander and her husband are scheduled for a compliance hearing in March 2018. Until then the court has requested that the AG’s Office look into whether or not the couple has any history of prior drug use in Hawaii.