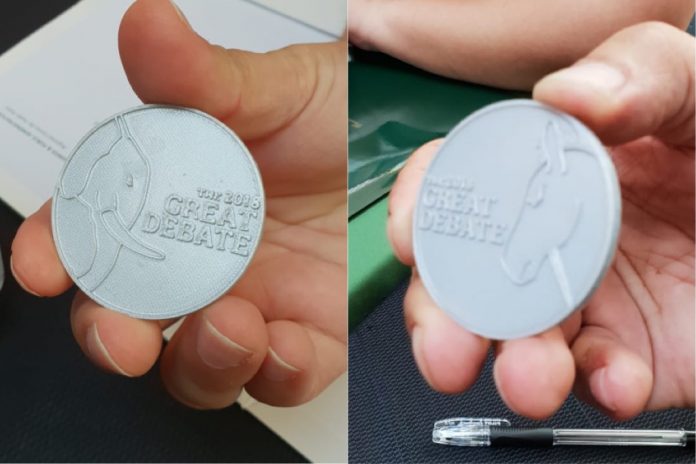 Guam – The stage is set for the highly anticipated Great Debate next week. This morning, representatives from both democrat and GOP nominees participated in a coin toss to decide the order of appearance for both candidates.

Hosted by the University of Guam’s Schools of Business and Public Administration, the Great Debate will feature questions for both nominees that are student driven. This is the 7th Great Debate to be held since it started in 1994.

So here’s the order for each candidate: Tenorio-Ada won the first coin toss deciding which side of the stage they will stand on and the team chose the left side. Leon Guerrero-Tenorio won the second coin toss and has chosen to enter the event second. For opening remarks, Tenorio-Ada will go second. The BOTA team will also answer questions second in the first round while the IN team will answer questions second during the second round of questions. For closing remarks Tenorio-Ada will present theirs last.

The Great Debate is set for next Tuesday, October 30 at the UOG Calvo Field House. Doors open at 6 p.m. while the debate begins at 7 p.m. Tickets are $15 each and can be purchased from either campaign or at the School of Business and Public Administration Dean’s Office.