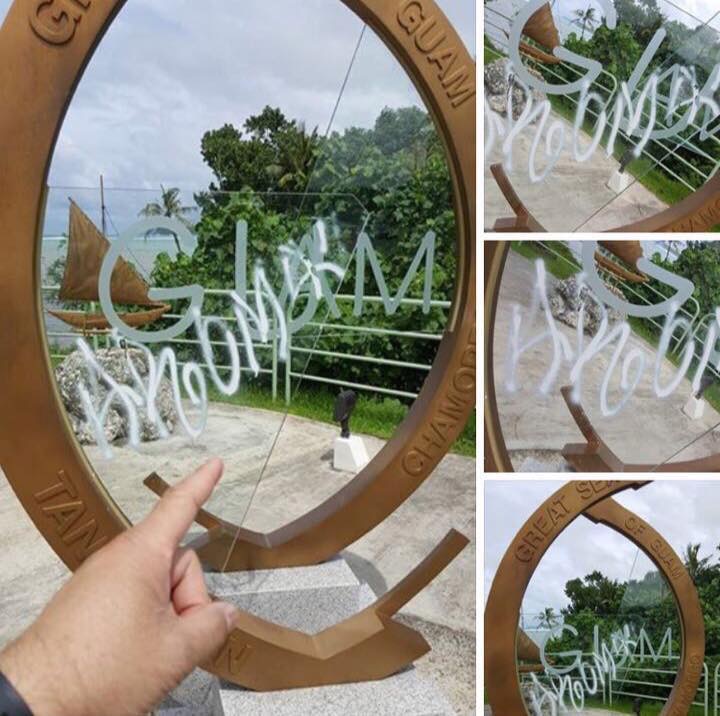 Guam – Over the weekend pictures surfaced on social media showing that graffiti was sprayed on the seal of Guam. Other pictures showed that graffiti was sprayed on some of the paddling canoes that park at the Paseo. By noon the seal of Guam graffiti was cleaned up thanks to the Marianas Paddle Sports Racing Association. Governor Eddie Calvo issued a special address thanking the members of the Paddle Sports Racing Association who took it upon themselves to clean up the graffiti. This new park was unveiled shortly before the Festival of Pacific Arts. The site of the park itself is significant because it is the area that is depicted on the Guam seal. The Governor is calling on the Department of Chamorro Affairs and the Chamorro Village to work with GPD to “bring justice to those who would desecrate such a precious site.” If you have any information on the culprits, please call GPD at 472-8911.