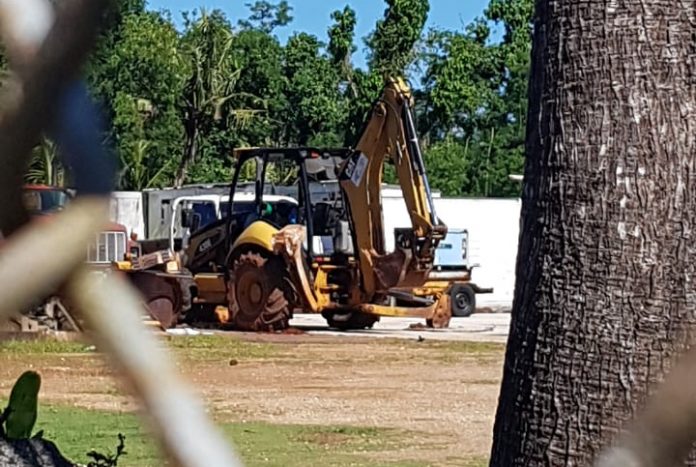 Guam – Little is known about the construction site accident that killed 31-year-old Jay Darrel “JD” Wasisang. What we do know is that JD was a beloved father, son, boyfriend, brother, employee and friend.

We spoke with JD’s grieving mother, Valerie Bacilius, who shares with us some memories of her son.

“I’m not ready for anything yet,” says Valerie as her voice cracks.

A mother in mourning. A perfect son gone too soon. Valerie says news of her son’s death has brought unimaginable pain upon her family.

As authorities try to piece together exactly what happened on Sunday, November 25, Valerie and her family are trying to cope with this sudden and heartbreaking loss.

Her son was the victim of a construction worksite accident. According to Guam Fire Department Spokesman Kevin Reilly, a call was received at 4:20 p.m. about a man who was struck by a backhoe bucket while he was spotting the backhoe operator who was digging a hole. It happened along Palomares St. in Mangilao.

JD was rushed to the Guam Memorial Hospital. Unfortunately, he passed away Wednesday morning.

Distraught and still unsure of all the details herself, Valerie says her family is not ready to fully go public. She is asking that the public respect the family’s privacy at this difficult time.

“I’m really sorry to go public with this, that he’s gone. Right now he’s gone, he died in a very impossible way for family to take in but can you please, as a public, as a mother, as a grandmother, a sister, let the public know, please, that before we got public with anything, can we mourn first before we really open up and come to the public with it,” she pleaded.

She did, however, share with PNC some memories of her son and the legacy he now leaves behind.

“As a mother, it’s really hard for me to let go,” says Valerie. JD is the father of a 9-year-old boy and 7-year-old girl. Valerie also says that JD was a wonderful boyfriend to the mother of his children.

“JD has a lot of brothers, sisters. You know he called family friends that they were raised together, he called them brothers and sisters–we’re islanders, we go by island ways,” notes Valerie. “He was a very good family man, a very good son, a very respectful employee, colleague. I’m sure that he was everything that everyone wanted.”

The name of the contractor JD was working for has not been disclosed. OSHA Safety and Compliance Officer Cindy Meagher, who happened to be on Guam for another matter, is now looking into the situation but a representative from the OSHA Honolulu Area Office says a report has not yet been filed by the contractor.

Meantime, Medical Examiner Dr. Aurelio Espinola was scheduled to perform an autopsy today but his office told PNC that Dr. Espinola has been ordered by the Attorney General’s Office to not disclose any autopsy results to the public.