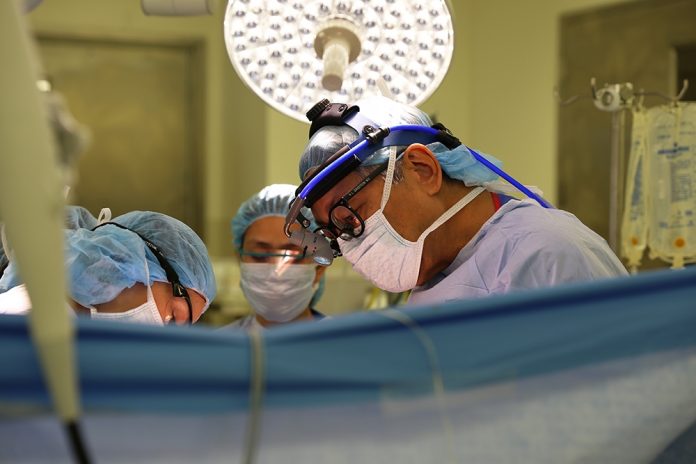 Dr. Noel Concepcion returned to Guam this year after leaving the island more than 40 years ago. He’s now the only cardiothoracic surgeon on island.

Guam – Island residents who may need open heart surgery now have the option of getting the procedure done on island.

Dr. Concepcion was raised on Guam but left the island after high school in 1970 to pursue a degree in medicine. Now, after 40 years, he’s finally returned home to serve the people of Guam, this time permanently.

There was a time when Dr. Concepcion was a visiting cardiothoracic surgeon at the Guam Memorial Hospital in which he would come to Guam once or twice a year, with a team to perform open heart surgeries at GMH. He talks with us about what it takes to have a successful heart surgery program.

“That was the experience at GMH. With that experience, I knew it could be done and we just had to do it. But being a new hospital, [the Guam Regional Medical City] has its own challenges and acquiring equipment and getting the right personnel to do the job because you know the thing about cardiac surgery, it’s not a one man show. Without a good team around you, a surgeon’s not gonna get good results,” explains Dr. Concepcion.

It’s a major milestone not just for the new hospital, but for the island as well as it could allow more residents to stay on Guam and be closer to family rather than having to go through the inconvenience of traveling. But that doesn’t necessarily mean that everyone who needs heart surgery is a candidate.

“Some patients may not be candidates for being done here locally because they have severe problems, multiple problems where there’s a high likelihood that they’re gonna have a complications. For those who may continue, it may be better to go somewhere else. It’s the same way in the states where not everybody is a candidate in a particular hospital; you send them to higher level of care,” says Dr. Concepcion.

For now, Dr. Concepcion says the focus is to continue to develop their heart program at GRMC and as they continue to perform more open heart surgeries, the more experience they will have to be able to treat a variety of complications.

“I think the ultimate goal is patient safety and good results in a sense that most people that come in for open heart surgery should expect to live without any complications,” Dr. Concepcion says.

Dr. Concepcion says a second cardiothoracic surgeon assisted him for the four open heart surgeries at GRMC last week. His name is Dr. Joe Neal and he was Dr. Concepcion’s partner at Doctor’s Medical Center in Modesto California prior to his return to Guam.