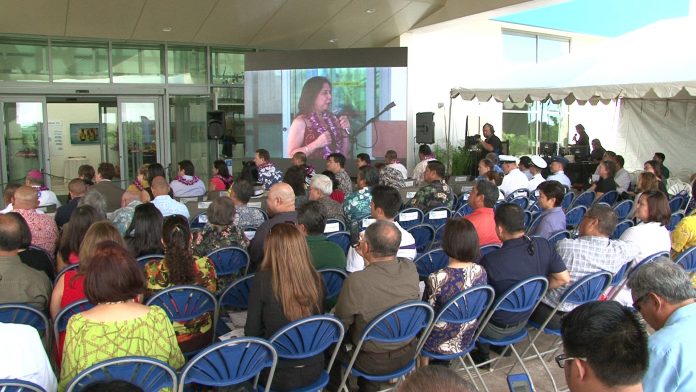 Guam – The Guam Regional Medical City celebrated its grand opening today with a ribbon cutting ceremony. Island dignitaries and the business community were all there.

As the CEO of GRMC’s parent company, The Medical City, Dr. Alfredo Bengzon gave a heartwarming speech about the hard work his daughter-in-law and GRMC CEO Margaret Bengzon put in and the many hours she spent away from the family to oversee the operations of the new hospital. Dr. Bengzon says the new hospital is a gift for the people of Guam.

“GRMC is TMC’s biggest investment. The first Filipino hospital on American soil,” stated Dr. Bengzon. “It is our privilege and honor to build this facility–a gift from The Medical City and the Filipino people to the people of Guam.”

Margaret Bengzon, spoke about the many challenges they faced–challenges that helped them to become a better hospital.

“We know we were not necessarily always the politically expedient choice, the politically popular choice, but we always knew that we were your choice,” Margaret Bengzon addressed the crowd. “And so we are very grateful for that.”

Finally, Governor Calvo welcomed GRMC to the island, emphasizing the hospital’s importance to the people of Guam and what it represents.

You can learn more about the services they offer at grmc.gu.