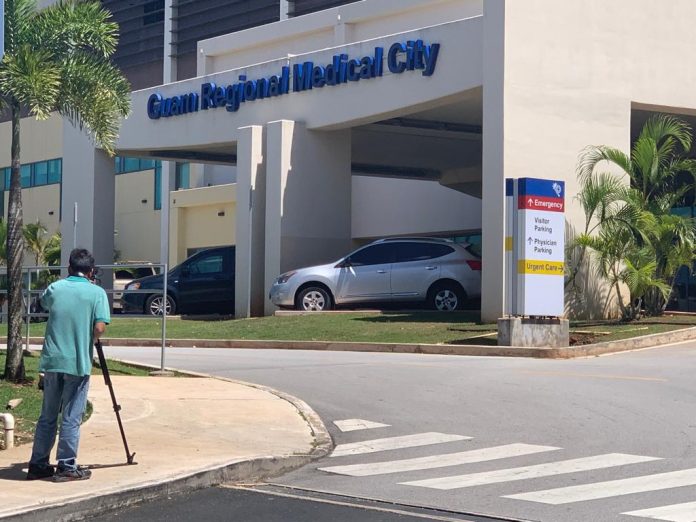 A number of Guam Regional Medical City employees showed up for work Monday morning only to receive devastating news — they were being let go.

The GRMC staffers showed up for their shifts only to be handed a letter letting them know that they had been laid off.

According to GRMC, around 40 individuals were let go as a result of the restructuring plan.

A source who wishes to remain anonymous received a letter from GRMC stating that effective June 10, the source’s employment with GRMC is terminated.

The source said that four licensed practitioner nurses and a unit secretary from the medical surgical unit were also let go.

The termination of employees appears to be immediate, as the letter is also dated June 10, indicating that the employees who received the letter did so without the standard two-week notice.

In the letter, GRMC President and CEO Michael Cruz said that the terminations are a result of the private hospital restructuring its operations which includes a reduction in staffing.

As part of the terminations, employees were offered a severance package which, according to the source, stipulates that the terminated employee could not contact media or face losing the severance pay.

In closing the letter reads, “We want you to know that this layoff is not a statement about your work for GRMC. You have been a dedicated, contributing employee for the last several years.”

Later, GRMC issued a press release stating that over the last two months, it has been working diligently to streamline its operations and procedures using five-star hospitals in the mainland as a benchmark to gauge progress.

Under the guidance of Chief Restructuring Officer Hugh King, GRMC said it has made tremendous strides to reduce overhead and costs by eliminating redundancies and improving processes throughout the hospital in order to lower costs and provide patients with more affordable healthcare.

King, whose expertise is in strategic business planning and execution, improvement in financial and clinical operations, and strategic financial planning, has identified several areas where GRMC can further improve.

“We will be implementing these modifications as we continue to upgrade our services. GRMC will be making changes in certain departments, reductions in staff, and improving efficiencies in our procurement policies. Today, less than 40 employees were affected by the restructuring. These adjustments will result in streamlined hospital operations that enable GRMC to provide our community with high value, affordable healthcare. GRMC Specialty Clinics, outpatient departments, and inpatient units will operate with the same level of excellence,” the GRMC release stated.

“While we are achieving the goal of providing high-quality care as evidenced by securing and maintaining certification from The Centers for Medicare and Medicaid Services (CMS) and accreditation from The Joint Commission, our new goal is to improve our ability to lower costs to provide more affordable healthcare,” said GRMC President and CEO Michael Cruz M.D., “GRMC will continue to make further improvements and restructure as necessary to ensure we remain a sustainable and affordable center of excellence for Guam and Micronesia.”