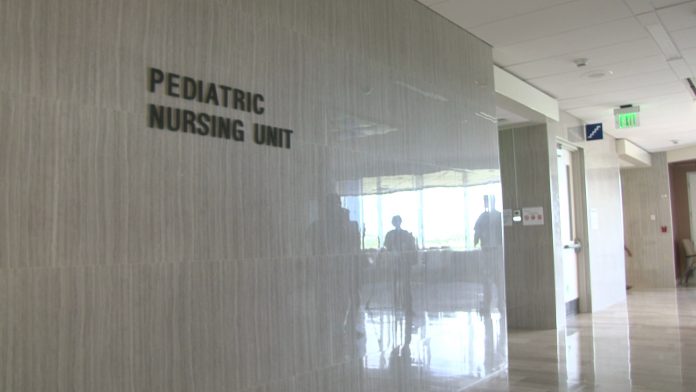 Three pediatric nurses resigned in the last week forcing GRMC to shut down its pediatric ward.

Guam – The Guam Regional Medical City is looking into a report of some pediatric nurses who reportedly left the unit unattended. This is just one issue in the growing list of concerns facing the hospital which was forced to shut down its cath lab and just last night its pediatric unit.

A nursing shortage, a CFO vacancy, suspended open heart surgery program, a closed Cath lab and now a closed pediatric ward. These are just some of the issues GRMC management is having to contend with. To add to that, management is also looking into whether some pediatric unit nurses “walked out” or left the unit unattended.

“Those are some issues that we’re actually looking into and so again given that possibility, we’re still looking into that, that it was in our best interest for the patient’s safety point of view that we close the ward down while we look in into that reported … walking out,” says Chief Medical Officer Dr. Mike Cruz.

In the absence of these nurses and because of an overall shortage of nurses, GRMC has had to shut down its pediatric unit.

“There’s about three resignations in these past few days before we had to decide to close the unit because we just can’t safely staff it,” says Deputy Nursing Director Kathleen Ho.

GRMC says that even with their pediatric ward closed, they are still able to see pediatric patients.

But it’s not just pediatrics that’s closed, the hospital’s Cath lab shut down too, as well as its open heart surgery program. What does this mean for heart attack and stroke patients?

“Unfortunately our people are dying of heart attacks 10 years younger than the national average. Something needs to get done and this is still something we wanna do,” says Dr. Cruz. “Plans are still in place. We still need to get that done. We have the equipment, we have the supplies, we have the cath lab. We need the specialty nurses in place and hopefully bring back some of the doctors who have otherwise left waiting for the situation to improve.”

“Despite the fact that the cardiac catheterizations are no longer being done, the catheterizations for stroke are still available. So I just wanna encourage the public that stroke is an emergency and that is something you need to come to the hospital immediately for,” says Neurologist Dr. Justin Hale.

GRMC says they are actively recruiting nurses both local and off-island. Dr. Cruz says they are hoping to reopen their pediatric unit within a couple weeks.