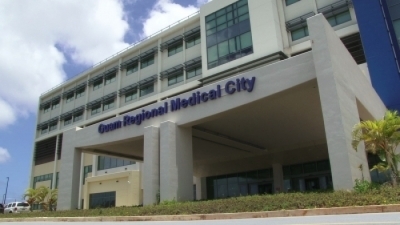 Although CMS only approved the $5,075 reimbursement rate last month, the rate is retroactive to the date GRMC became Joint Commission accredited back in January.

Guam – It appears that the recent rise in Medicare per diems at the Guam Regional Medical City could not only affect public health but private insurers as well.

In the aftermath of the Department of Public Health’s announcement that they would only be covering emergency services for Medicaid and Medically Indigent Program beneficiaries at GRMC because of an inflated Medicare reimbursement rate, it appears even private insurance agencies may be affected as well. We met with Calvo’s Select Care Plan Administrator Frank Campillo who boiled it down to “simple economics,” acknowledging that they too may not be able to afford a 400 percent increase.

Reiterating the comments made by Public Health Director Jim Gillan, Campillo said if the price of service goes up, people will naturally gravitate to a more cost savings approach, which could, in turn, force the private insurers to adjust their rates or adjust their plans. In the case of Public Health, he says the agency was forced to find a way to spend taxpayer dollars in the most efficient way.

“Again, in many of these cases, it’s simple economics, economies of costs. If your costs become too much–if the cost in advertising at PNC News becomes too high, other people will gravitate. In that case, we got to realize–not necessarily defending Public Health but at the end of the day, those are taxpayer dollars anyway. It’s every single taxpayer that–public health is taxpayer dollars. In their case, they are looking at how to spend those taxpayer dollars in a way that is economically feasible to the community,” said Campillo.

Public Health conducted a cost analysis for fiscal year 2017 that shows GRMC’s new per diem rate of $5,075 will cost them $23 million. If the rate were to be based on GMH’s $1,123 per diem rate, it would only cost about $10 million. Gillan emphasized that it was a business decision. Although CMS only approved the $5,075 reimbursement rate last month, the rate is retroactive to the date GRMC became Joint Commission accredited back in January.

While GRMC and Public Health are at odds over whether there was a breach of contract because of Public Health’s abrupt decision to limit coverage at the new hospital, Campillo says he thinks, at the end of the day, GRMC and Public health will find a way to work the issues.

“In [GRMC’s] defense, this issue with Public Health is not something they initiated. It’s something that Medicare, which is the Federal government says we are going to increase your rates. Unfortunately, Medicare which is one portion of the house for the Centers for Medicare [and Medicaid] Services, the other portion is now Medicaid, which is our Public Health who says that if Medicare is offering this to you, unfortunately is something we may not be able to offer to you,” said Campillo.