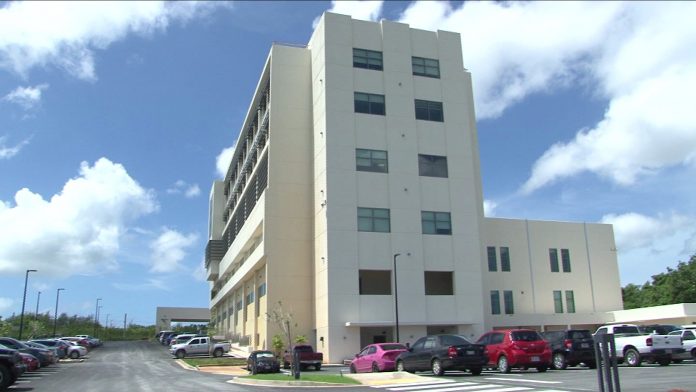 Guam – The Guam Regional Medical City’s Emergency Room saw its first patient in their ER this morning as they finally opened up their emergency services to the public–a milestone for the new hospital and the island.

It’s a brand new day for the Guam Regional Medical City. They’ve reached yet another milestone today finally opening up their emergency room to the public. GRMC had just held their grand opening in July but at the time their emergency services were not yet available. ER Director Dr. James Murphy sat down with us today to give us an idea of how their first day went.

“So far we’ve only seen our first patient at this time but we’ve had a lot of contact with EMS and them visiting us and explaining as far as how we’re operating and how we’ll operate together,” says Dr. Murphy.

Having been in emergency medicine for nearly 30 years, Dr. Murphy says GRMC’s ER is just like any other. At this time, he says GMH and GRMC’s ER services are pretty similar.

“People are saying, ‘What’s here? What’s different?’ They’re pretty much the same. But going forward we have an expectation of bringing out a cardiac team and providing cardiac surgery and ballooning and stenting heart attacks acutely for the ones that meet that indication. Those are things we’ve never been able to do on Guam,” explains Dr. Murphy.

So which health insurance carriers do they accept? That depends. For emergency services, federal law requires that all insurance companies, whether they have signed an agreement with the hospital or not, must cover emergency care.

For all other services, at this point, GRMC accepts insurance coverage from NetCare, United Health Care and Blue Cross Blue Shield. They will also accept Tri-West with proper authorization from the Veterans Administration.

Calvo’s SelectCare Plan Administrator Frank Campillo announced on the K57 Breakfast Show this morning with host Ray Gibson that they are also close to signing a deal with the new hospital.

Ultimately, and it’s important to note, GRMC is strictly bound by EMTALA regulations, which means that they cannot turn patients away based on their ability to pay.

GRMC’s ER has an 11-bed capacity with room for more if necessary. They also have what’s called and ER Fast Track, which is similar to urgent care but in a hospital setting.

You can read GRMC’s press release below.

The GRMC Emergency Department [ED] will be staffed around the clock, 7 days a week. There are 4 ED beds and 7 Fast Track beds available. The ED Medical Director is Dr. James Murphy who will lead a staff of 32 doctors and nurses. All ED physicians are Board Certified in Emergency Medicine.

“It is a major milestone for us as we continue to roll out vital services at Guam’s new hospital,” said GRMC CEO Margaret Bengzon. “Patient safety is always our first priority and we are confident that we can provide safe and effective treatment for those in need of emergency care.”

GRMC’s Chief Medical officer Dr. Mike Cruz emphasized that “all persons who come to the GRMC emergency room seeking treatment will be evaluated. No one will be turned away.”

GRMC will be in full compliance with the federal Emergency Medical Treatment & Active Labor Act [EMTALA]. EMTALA requires that anyone who seeks treatment at any emergency room must be provided with an appropriate medical screening examination and stabilized, if necessary.

GRMC has notified the Guam Fire Department [GFD] that our Emergency Department is now available as a receiving hospital. We are working in coordination with GMH and Naval Hospital. GFD ambulances will bring patients to the closest hospital best  staffed and equipped to deal with the emergency at hand.