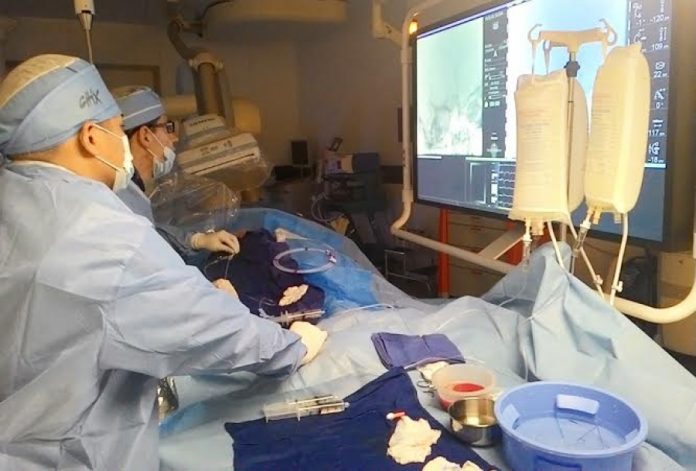 The nationwide nursing shortage and the denial of H-2B visa renewals for our specialty nursing staff continues to affect our hospital.

As we previously announced, the nursing shortage has forced us to reduce the number of available beds from 57 in May to 42 now.

GRMC currently employees 159 full and part time nurses from a high earlier this year of over 200. The majority of our nurses are Guam residents. However we have lost 50 specialty nurses whose H-2B visa renewal applications have been denied by the United States Citizenship and Immigration Service [USCIS].

While those specialty nurses make up a minority of our total nursing staff, they played a crucial support role during the lifesaving operations carried out in our CardiacCatheterization Laboratory. Because the visa renewal applications of these nurses were denied by USCIS, GRMC has been forced to temporarily suspend both heart and stroke services in our Cath Lab.

GRMC is currently in discussions with local providers to resume operations in our Cath Lab as soon as possible. We are actively recruiting a new team of specialty nurses to replace the ones we lost as a result of USCIS’s denial of their visa renewal applications.  GRMC’s Cardiothoracic Surgeon Dr. Noel Concepcion remains on staff, but not on island. He has reassured us that he is prepared to return to Guam as soon as the nursing shortage has been resolved.

In addition, as a result of the nursing shortage, GRMC will be temporarily closing its Pediatric Department later today after the release of the sole remaining patient in that unit. The GRMC Pediatric Department will re-open as soon as we have a sufficient number of nurses to adequately staff that department.

We are actively engaged in a recruitment drive and recently we hired 18 new nurses who are in training and awaiting clearance from the Guam Nursing Board.  We hope to open more beds and restore the suspended services soon.