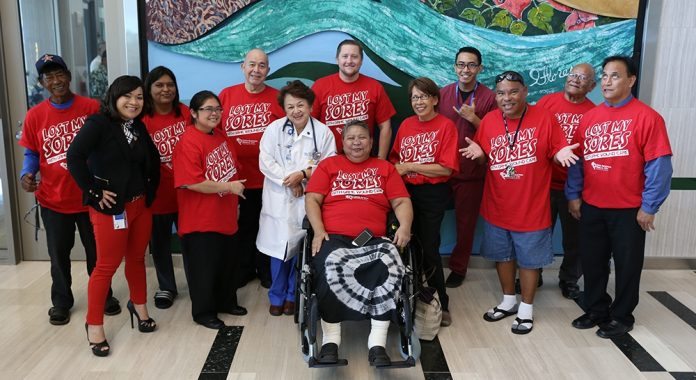 We sat down with hyperbaric physician Dr. Edna Acuna to find out how this program has helped to save dozens of limbs from being amputated.

To date, a total of 25 patients have been treated through the Guam Regional Medical City’s Wound Care Treatment Program. GRMC calls the 25 patients graduates.

“We call them graduates because when they go through the wound care protocol, it’s not just a one time treatment, they go through a series of treatments, depending on the type of wounds. Most of the wounds that I see here are diabetic ulcers,” explains Dr. Acuna.

Hyperbaric medicine itself has been around for decades and is considered the Rolls Royce of wound treatment, which is why it’s not always readily available in every hospital.

Expensive as it may be, Dr. Acuna says the success rate is high and the results are phenomenal.

“We have saved a lot of limbs from being amputated as well so that’s one of the most phenomenal things that has really made the wound care program here on Guam more fulfilling for me because I have seen limbs saved,” she says.

The process involves placing a patient inside of a tube-like chamber where the patient breathes in pure oxygen. The cabin is pressurized so it will feel similar to going for a dive under water.

“Not just normal oxygen like what we’re breathing because we’re breathing about 21 percent. Over there in the chamber it’s a hundred percent oxygen and it’s also under pressure. So this oxygen then goes into the circulation, systemic circulation, and so your blood carries 100 percent oxygen and then it’s goes into your tissues that needs to be oxygenated or nourished, especially the wounds, and then do this for 90 minutes,” she explains

Dr. Acuna says with GRMC’s wound care treatment program and state of the art hyperbaric chambers, she hopes the island’s perspective toward wound treatment will change.

“There’s a big difference between usual wound care versus one that’s specialized and so that’s what I’m trying to bring here is for the medical community to realize that there is another aspect to wound healing,” she says.

You can learn more about GRMC’s hyperbaric treatment program by visiting their website at grmc.gu