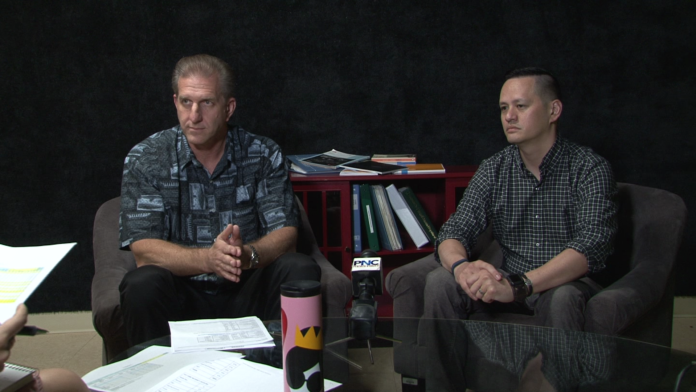 Guam – Since they’ve opened their doors nearly three years ago, the Guam Regional Medical City has seen its numbers rapidly grow, particularly among the indigent and uninsured population.

In fact, in some areas, GRMC treats a larger share of the population. We sat down with GRMC administrators to find out how they’ve been able to sustain their operations so far.

Comparing GRMC to the Guam Memorial Hospital would be like comparing apples to oranges. One is a private institution while the other is public, among a number of other factors. Nonetheless, GRMC has been able to sustain itself despite its growing base of indigent and uninsured patients.

It’s a stark contrast to GMH which has faced crisis after crisis for the last three to four decades and is now on the brink of losing its Joint Commission accreditation.

So what’s the secret to GRMC’s sauce? The answer may not be that simple and it may even be premature to assess at this point but Chief Medical Officer Dr. Felix Cabrera says they work off of a triangle-based model which has been key to their modest success.

“The corners of that angle has to include access, quality and cost containment for it to be sustainable and that they exert forces on each other, and so you have to find that right balance. Now I’m not saying that we have that balance right now, we’re still, it’s a work in progress; in no way are we very efficient. But things like having 100 percent paperless system in our [electronic health records], as well as a billing and revenue cycle [which] makes the process completely paperless, that I think puts us at an advantage that we’re able to establish it from that sense,” said Dr. Cabrera.

A breakdown of the numbers indicates that GRMC, in some areas, surpasses GMH’s numbers when it comes to payor mix.

“If you look at our statistics for 2017 versus the most recent audit available for GMH for 2016, our uninsured payor mix is the same, exactly, like 14 percent,” pointed out Eric Plinske, vice president of GRMC Corporate Affairs.

Plinske says GRMC serves more of the Medicaid population. Their payor mix shows that in 2017, 27 percent of GRMC’s patients were under Medicaid while GMH’s 2016 numbers list the Medicaid payor mix at 23 percent. For MIP, both hospitals served about the same amount at 12 percent.

In fact, GRMC treats more patients than GMH overall. In 2017, GRMC saw a little over 48,000 patients. While GMH’s 2017 numbers have not yet been released, the most recent audit for 2016 says the public hospital treated just over 37,000 patients.

“We want people to realize, that the community realize that GRMC as well as GMH both serve the indigent population. The people that have more challenges financially, that’s the Medicaid, Medically Indigent Program and the uninsured,” said Plinske.

It’s important to note that there are many other factors that help keep GRMC afloat, such as technology, higher reimbursement rates and efficient billing and collections. One major factor is also in tax breaks. While others have been critical of the private hospital’s exemption from paying corporate taxes, Plinske says it’s proven to be more beneficial to the island.

“We took that opportunity and in trade for that we serve the whole community, just like GMH. So that’s why it’s important that taking something away like that after we sunk the $300 million, and we are doing our part to serve this entire community,” Plinske said. “We want people to realize that’s what we’re doing. We received benefits from the government and we’re doing our part to return by serving the entire community.”