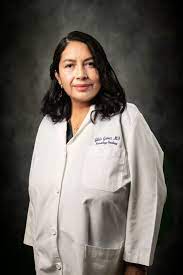 Dr. Gomez is also an Internal Medicine doctor and brings nearly 30 years of experience to GRMC in both fields.

Before coming to Guam, Dr. Gomez served as the Hematologist-Oncologist at the University of South Florida, where she was also an Assistant Professor of Medicine. After completing her residency, Dr. Gomez remained in Florida at the James A. Haley Veterans Hospital in Tampa until 2005, when she relocated to her native El Salvador to open a private practice.

In 2008, Dr. Gomez opened a second private practice in Del Rio, Texas, while continuing to see patients in El Salvador via telemedicine.

Below is the official press release: