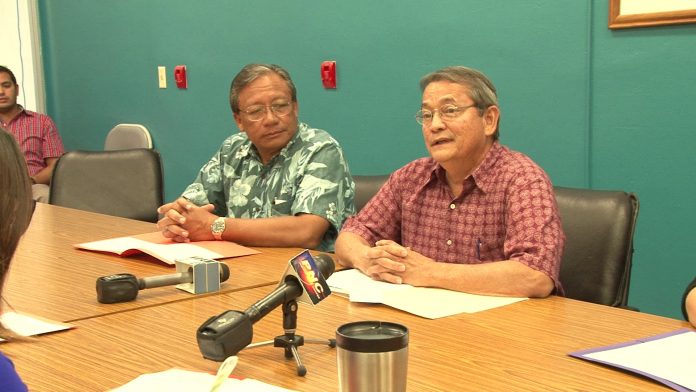 An organization is formed in an effort to “heal” the “fragmented” Catholic Church of Guam.

Guam – A new organization has just formed that aims to challenge some decisions and policies of the Archdiocese of Agana under the leadership of Archbishop Apuron. The group says their mission is to heal a fragmented and deeply divided Church.

A non-profit organization, the group plans to take action that would address issues and concerns that have seemed to create a huge gap within the Catholic Community. Vice President David Sablan talks about some of the issues that compelled them to form this group.

“Some of the issues that have been confronting [the Church] with the closure of the museum, the release of Father James Benavente and Father Paul Gofigan from their parishes and duties as pastors,” says Sablan, adding that priests’ removal was surrounded by suspicion. “The main thing is we gotta get the finances in order.”

Among those concerns also includes the Archdiocese’s Sexual Abuse policy, which was recently tested when sex abuse allegations were lodged against the Archbishop himself.

“They say that you gotta have a victim to make the complaint. The policy does not require it. As long as there’s an allegation of sexual abuse, then somebody has to investigate that. I don’t think it’s being investigated properly. Unfortunately it’s because of the fact that it’s the archbishop that’s being accused, but yet he’s also the person that decides whether an investigation goes forward or not. That’s a conflict of interest and the policy does not address that,” explains Sablan.

The group so far is made up of President Gregory Cruz, Vice President David Sablan, Treasurer Deacon Stephen Martinez, Secretary Evangeline Lujan, and members Tommy Tanaka and Gil Shinohara. The members, being longtime Catholics, say they haven’t seen such a divided church until recently. Sablan notes that in his parish alone, the number of members has dwindled in the last few years, which he believes is a testament to how divided the Catholic Community has become.

“Where are they going? Are they going somewhere else? Is the neocatechumenal way trying to readjust the way parish life ought to be? That’s not right,” he laments.

Shinohara says, “This table represents just a handful of many, many people that want to be a part of this group but are not a part of this group and maybe fear retribution. So they don’t sit at the table with us at this point. But I tell you there’s a multitude of people out there that are speaking.”

Sablan warns: “Just like a sore, pretty soon you get gangrene, pretty soon your leg gets cut off. So you don’t want that to happen, you wanna treat it while it’s still festering. That’s why we need to act quickly otherwise the whole church is gonna crumble.”

Sablan adds that the organization will do whatever it takes to heal the fragmented and broken Church, even if it takes them as far as petitioning for the removal of the current leadership.

“We don’t have any grudges against our archbishop or the church leadership but we want them to guide us properly,” he notes.

“Because the Catholic church I think is really hurting. The people are really hurting, but we don’t have a vehicle to express that,” says Lujan.

The group invites other member of the Catholic community to join them or contact them with questions or concerns. Their website is www.concernedcatholicsofguam.com.