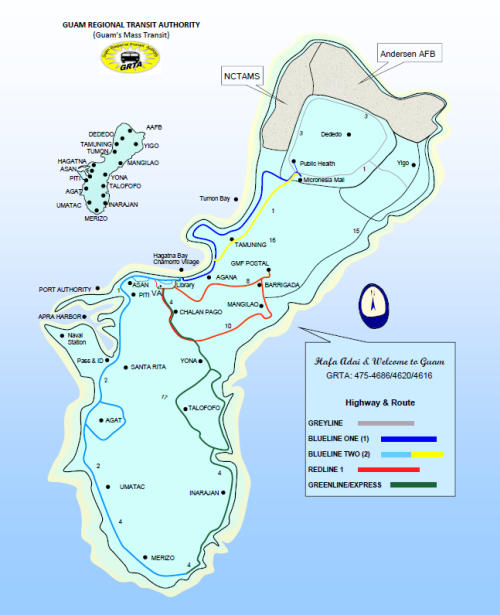 “I wanted to just let the public know, at least the people in Hagatna, Sinajana, Yona, Inarajan and Meritzo that our Greenline is not going to be refueled today, because the bus that was dedicated for that route is out of commission” Babauta reports on NewsTalk K57’s Mornings with Patti.

In addition, Babauta says “There’s another route I didn’t mention initially, you know, but the Orangeline is also down. So instead of one route being down we have two routes and the other route is covering Harmon, Tiyan, Hagatna, Mongmong, Toto, Maite and Barrigada.”

A look into GRTA prior to Babauta demonstrate the long standing struggle. Babauta adds, “A couple of years ago… They had 11 buses and 12 vans, you know, but apparently because of the lack of maintenance many of these vans and buses are down for maintenance, for repair… It’s pretty challenging right now because the lack of maintenance that was supposed to be done initially wasn’t done. So now we are encountering maintenance down time on these kinds of vehicles.”