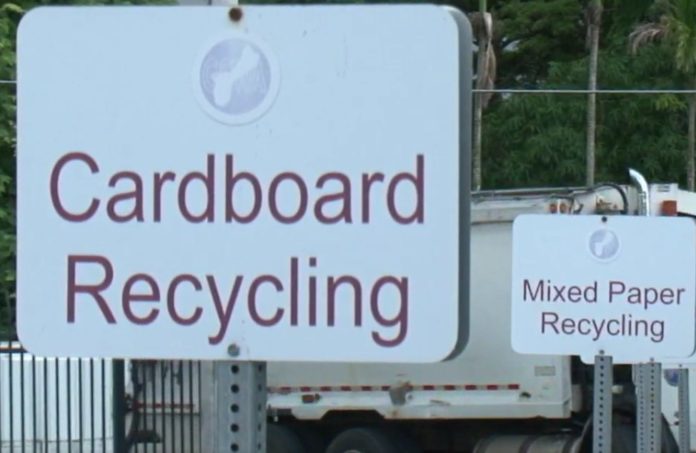 Despite their best efforts, the Guam Solid Waste Authority says curbside recycling pick-up will still be suspended for the foreseeable future.

And now, a working group has been formed to try to resolve the issue.

In an interview with PNC two weeks ago, Larry Gast, the General Manager of GSWA, said they were hoping to have curbside recycling back by mid-April.

NOTE: Larry Gast’s name was inadvertently misspelled in the video. We apologize for the error.

But Gast says that with a crippled world economy, there’s simply no market for anyone trying to ship out materials for recycling.

He also says workers on island are still trying to figure out how to get the right protective gear since recycling is sorted by hand on Guam.

And now, Senator Sabina Perez is heading a working group on the matter.

“We’ve got EPA who has agreed, our sorting contractor has agreed, I’ve agreed, there have been several other people who are wanting to work on it. And, we’ll see what kind of options there are out there or what kind of help there is. We can probably get stuff off-island but it would probably be extremely expensive. And, right now, with the way the economy is, my revenue is down almost 40%…and I don’t have any extra money to spend to try to market recyclables,” Gast said.

He added that there’s currently only an end-market for cardboard since companies are clamoring for fibers to make more toilet paper.

Gast says that until they run out of room, the GSWA transfer stations are still open for people to drop off their recycling.