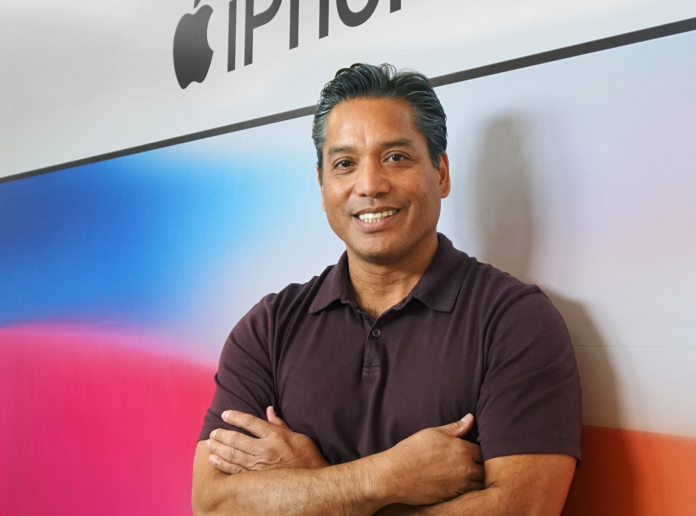 (GTA) – GTA announced today that its Board of Directors has appointed telecom veteran Roland Certeza as President and Chief Executive Officer.  This is the first time GTA has promoted a local Guamanian to the top position.  Certeza served as interim President since October 2017 and has been developing its long-term growth strategy focused on improving customer experience, driving operational excellence, developing its workforce and growing its marketing and branding capabilities.

“During this time of dynamic market shifts and relentless focus on technology and operational excellence, Roland Certeza is the right person to lead GTA today.  Roland has been a key player in the strategic initiatives for GTA over the last 13 years.  He is a results-proven sales and marketing executive and is unique in his ability to translate vision and strategy into action, transforming GTA’s portfolio, globalizing the company with their investment in the undersea cable industry, and creating a vision for the GTA of the future.  Our next CEO needs to thrive in a complex environment and inspire new ideas and ways of doing business. Roland brings a fresh perspective and momentum required to lead the company in this dynamic environment and we look forward to ushering in a new era that will be even more impactful and exciting than our last.”  said Paul Huntsman, Chairman of the Board of Directors for GTA and President and CEO of Huntsman Family Investments.

Certeza relocated back to Guam in 1993 after earning a B.S. in Accounting from San Diego State University. He has worked for Apple, Hewlett Packard, Sprint International, Deloitte and Verizon (formerly MCI WorldCom).  He joined GTA upon privatization in 2005 and helped lead and execute the company’s strategy for the commercial business segment.  In 2010, he earned an M.B.A. from University of Guam.  Certeza has led GTA’s sales and marketing efforts over the last 10 years and was instrumental in securing GTA’s role with the Southeast Asia-U.S. (SEA-US) Trans-Pacific Fiber Submarine Cable System.   SEA-US connects Indonesia, Philippines, Guam, Hawaii and California.  In recent news, a new cable connecting Hong Kong to Guam (HK-G) and Japan-Guam-Australia (JGA) was announced and will also be landing within the GTAnetwork footprint.

“I joined GTA 13 years ago because I wanted to be part of a company that invested in Guam’s future,” said Roland Certeza. “GTA has been at the forefront of bringing innovative solutions to the market.  We changed the competitive landscape in wireless and television by bringing new products to the market and increasing the level of service for everyone.  I am focused on improving our service execution for customers and making a difference in the lives around us.  In this time of market disruption, I’m confident GTA is in a good position for growth.  The opportunity to lead the company in the next era is deeply humbling and exciting.”

GTA is managed and operated locally.  Huntsman Family Investments acquired GTA in July 2017 and brought on local investors that include the Ada family, the Moylan family, Phil Flores, Dr. Nathaniel and Melissa Berg, Michael Ysrael, the Tenorio family of Saipan.  For the first time, GTA is both locally and American owned.