The United Airlines sponsored event raises funds for the American Cancer Society and Guam Cancer Care. Over 40 Plane Pull teams competed in the event which took place outside the United hangar in Tiyan.

In the Men’s Division, IP&E “Team Saggue” took the crown. 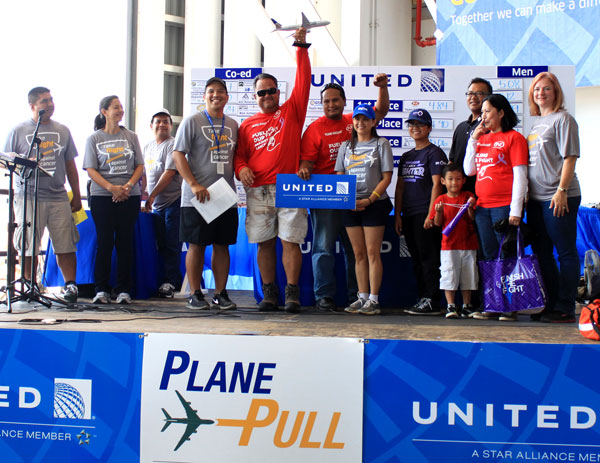 And the Team Spirit Award went to the Westin Resort Guam’s “Team Westin”. 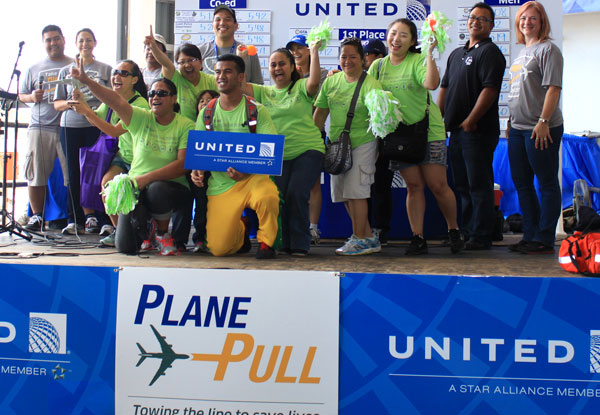