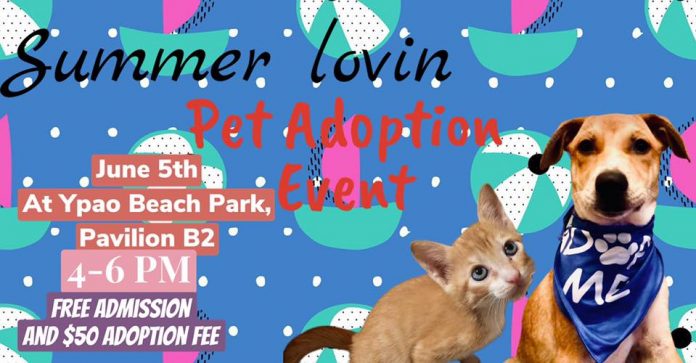 Guahan Paws for Pets, an all-volunteer group and one of many on island that rescues, rehabilitates and heals animals, will be holding its Summer Lovin Pet Adoption Event this Saturday, June 5. The event will have puppies, kittens, and adult dogs ready to be adopted.

Tina Guzman, one of the founders of Paws for Pets, said one of the main purposes of this event is to respond to the stray animal roundup held back in February.

“There’s no shelter on Guam where we can put the strays. Guam Animals In Need, right now, is at full capacity. So that means there’s no other place to put strays. I can’t speak on their behalf but that’s what we’ve been told. We do rescue strays off the street and we try to do as many as we can but of course, we can’t help all of them,” Guzman said.

One of the event’s coordinators, Shay Gilmore says that many of the strays the group rescues and fosters are “boonies” and are of no less value than those purchased from a pet store.

“What people don’t understand is that it takes time for the stray animals to be used to being in a home, or to get used to people. I know it gets very easy to be impatient with them. But really, it just takes time because some of these dogs spent their whole lives on the streets, you know, fighting for food, without having a home and you’re going to take them in, so of course, it’s like new to them. It definitely takes time for them to get acclimated to your family, people as well as being in a home and having food every day,” Gilmore said.

The adoption event will take place June 5 at Governor Joseph Flores / Ypao Beach Park in Pavilion B2 from 4 pm to 6:30 pm.

It’s free admission and if you plan to adopt one of their rescues, they charge a $50 adoption fee

For more information, check out the Guahan Paws for Pets Facebook page.