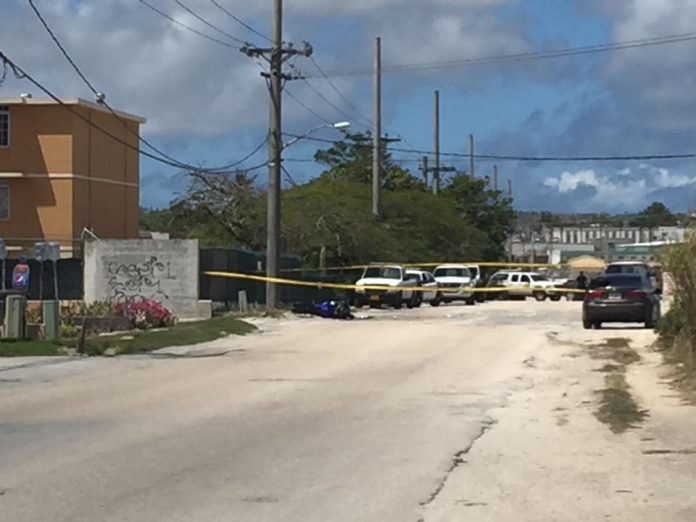 Chief of Police J.I. Cruz says it all started when Guam Airport Police tried to pull over a man on a motorcyle near the airport.

Guam – A man is in stable condition after Guam Airport Police shot him during pursuit in the Harmon area. The pursuit started when the man who was driving a motorcyle failed to stop for police.

Chief of Police J.I. Cruz says it all started when Guam Airport Police tried to pull over a man on a motorcyle near the airport.

“So the airport police officer gave a pursuit and the pursuit continued along the airport road down into the Harmon industrial park area down onto what we call Adrian Sanchez street a lot of people know it as Hamburger road.”

During the pursuit the operator of the motorcyle, who was only described as a local male adult, lost control of the motorcycle and crashed. “The officer did discharge his firearm and the rider of the motorcycle was struck somewhere in his lower extremities,” said Chief Cruz adding, “I don’t know exactly where he was struck but the information I got from my investigators is that he was struck in his lower extremities in his leg area in that vicinity in the general area.” GPD Spokeswoman Capt. Kim Santos was able to confirm for PNC that the weapon was fired before the motorcycle crashed. The rider was taken to GMH and according to GMH spokeswoman June Perez he is listed in stable condition.

There is no information as to exactly why the airport police attempted to make the traffic stop, why they pursued the victim into Harmon or why the police officer fired his weapon.

PNC asked “Any idea if the motorcyclist had a gun on him or any form of weapon?” Chief Cruz replied saying “That I don’t know right now. I have not been briefed on that information. Again we are still looking into that and for me to speculate on that would be premature.” PNC also asked the Chief of Police if he knew whether or not reports that the motorcyle was stolen was true. “I have not gotten that information yet and I’m being briefed regularly by my investigators at this point in time I have not been told or briefed that the motorcycle had been stolen I have not been briefed to that,” said Chief Cruz adding, “At this point we’re still looking into exactly what transpired how it all happened how it transpired what led the officers down or the officer down into the Harmon industrial park area. So that’s where we’re at and again the case remains under investigation at this point.”

However Airport Police Chief Bob Camacho called into the Big Show with Travis Coffman on News Talk K57 and he was able to confirm that the case involved two airport police officers involving a possible stolen motorcyle.