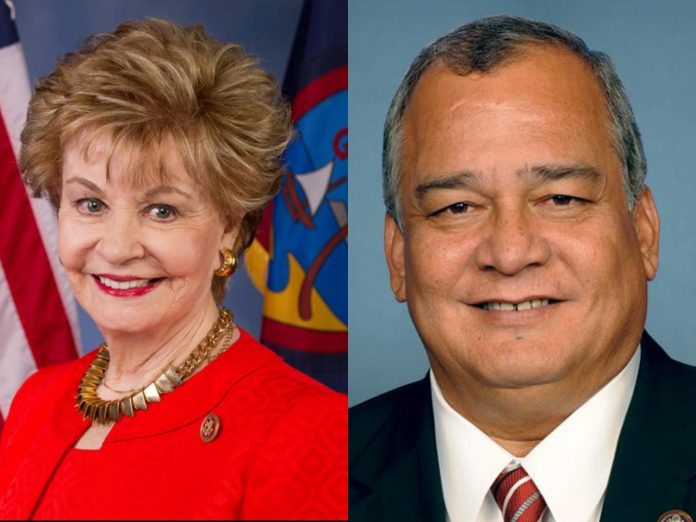 Guam – H2B workers on Guam and the CNMI can rest easy knowing their representatives in the House are advocating for their continued presence in the islands.

Bordallo introduced the Guam Temporary Workforce Act to the House of Representatives yesterday, voicing her concern over the near 100% denial rate of petitions for temporary foreign workers and how this may be stunting the island’s economic growth.

In last year’s NDAA, the Congresswoman managed to secure relief from the H2B’s temporary workforce requirement for laborers involved in the Marine realignment. Her provisions to next year’s version of the defense bill extends that exemption to healthcare workers. This new Guam Temporary Workforce Act continues her H2B campaign, again broadening the exemption, this time to include foreign laborers working on any civilian project.

In an email release, Bordallo is quoted as saying: “I fully support providing job opportunities and career advancement for those already living on Guam. However, we do not have the population or organic workforce needed to fill our island’s labor demands.”

Our northern neighbors are a step ahead, with their US Workforce Act having just been signed by President Trump. This legislation would extend the Marianas’ access to foreign labor another ten years while simultaneously protecting local workers and local businesses.

The office of CNMI Congressman Kilili provided a breakdown of what the new act would mean for the northern islands. It includes doubling the Marianas immigration transition period to the end of 2029, providing unlimited H visas for construction and other temporary workers, and continuing the bar of claims of asylum (without which there would be no parole for Chinese tourists, who make up 45% of all arrivals).

The law also promises wage protection, ensuring foreign workers are not taking local jobs by being paid less. Under the US Workforce Act, CNMI government would be required to submit to the U.S. Secretary of Labor their budget plans to train US workers to replace foreign workers, guaranteeing that the endproduct is a larger Marianas workforce.

It appears the ball is already rolling for the US Workforce Act, too. Another merit of the legislation is its increase of the number of annual permits for authorized nonimmigrant worker visas — from Trump’s previously mandated 5,000 to a whopping 13,000. As the law goes into effect immediately, the application window for these new 8,000 permits has just opened.

According to Kilili’s chief of staff, US Citizenship and Immigration Services stopped taking applications on April 25, once the 4,999 cap as dictated by the Trump administration was reached. This cessation left 5,000 permit holders with no way to continue their employment in the CNMI.

Congressman Kililii commends CIS for accepting applications again in a timely fashion, and encourages employers to act quickly as permits will be issued on a first-come first-served basis.