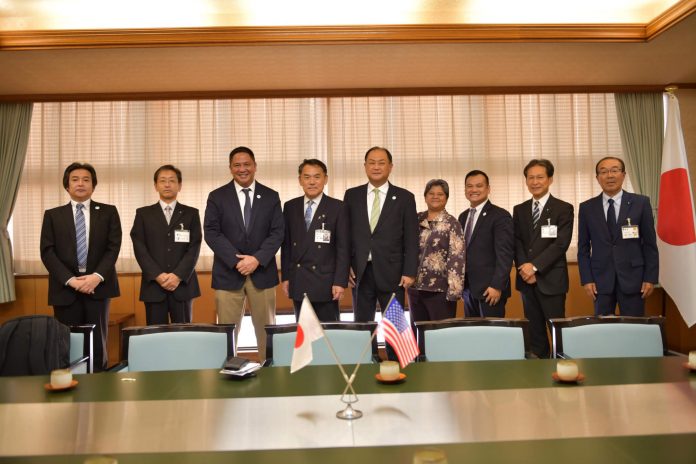 Led by GVB Japan Marketing Committee Chairman Satoru Murata, the Guam delegation met with Karatsu Mayor Tatsuro Mine and other high-ranking leaders on November 2nd through the 4th. They discussed ways of furthering Guam and Japan’s friendship, as well as developing a youth exchange program in English speaking countries. Karatsu was also invited to attend the next Pacific Island Environmental Conference.

“We were honored to have met with our friends in Karatsu and thank them for their hospitality. We’re appreciative of their efforts to help our island home with their recycling efforts and resources,” said GVB Vice President Bobby Alvarez. “It’s these types of friendships that show us how tourism works to reinforce the over 50 year bond between Guam and Japan.”

Karatsu has been Guam’s official Friendship City since July 24, 2013. However, there has been a strong connection between both locations long before that official title. Karatsu has been shipping basalt rocks to Guam for the island’s roads. The Friendship City also helps with Guam’s treatment of waste, including recycling glass bottles and scrap tires. The recycled waste is loaded to the empty ships that bring the basalt rocks to Guam.

Karatsu officials also invited the Guam delegation to attend the city’s Kunichi Festival, which was added to the United Nations Educational, Scientific and Cultural Organization (UNESCO) Intangible Cultural Heritage List. The festival featured a daily parade of fourteen Hikiyama, which are massive traditional floats in the form of samurai helmets, sea bream, and dragons constructed from wood, lacquer, and other materials. The event attracted an estimated 570,000 visitors.

Karatsu is located on the island of Kyushu in the Saga Prefecture of Japan and has a population of 78,386 people. 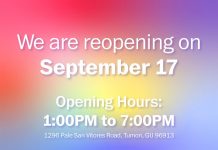 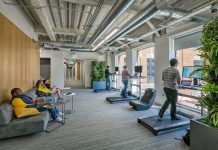 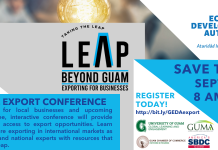 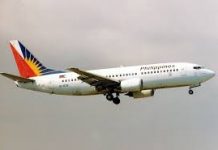