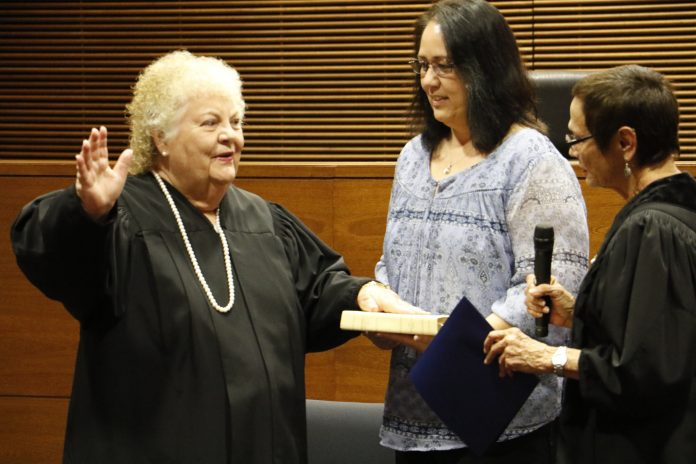 The Guam Bar Association will hold Celebracion Famalao’an at the Tasi Terrace in Outrigger Resort on Thursday, March 21, starting at 5:30 p.m.

Celebracion Famalao’an pays tribute to the many women who have dedicated their time and efforts toward the advancement of Guam in all three branches of government: executive, legislative and judicial.

The event, which coincides with Women’s History Month, will be celebrated in conjunction with the District Court of Guam and the Judiciary of Guam.

“Celebrating Women’s History Month is important as it gives us the opportunity to recognize the many contributions women have made in ensuring the rule of law is alive and well in a justice system accessible to all,” said District Court of Guam Chief Judge Frances Tydingco-Gatewood.

As stated by Supreme Court Justice Katherine A. Maraman during her Investiture Ceremony in 2017: “For hundreds of years, strong senior island women held positions of respect and authority, managing the affairs of their families or their clans. I have seen the transition of women from their traditional roles to leadership in government, although the transition has been slower, and at times more of a struggle than some would have envisioned. I hope for the day when there will be so many women in these government leadership positions that we no longer can name them or count them on both hands.”

Admission fee is $30 per ticket (includes one beverage & island-inspired appetizers). To reserve your tickets, call the Guam Bar Association at 989-4227 or email info@guambar.org. This event is open to both men and women.

Also on Thursday,  the District Court of Guam will host a special Women’s History Month naturalization ceremony. The court will welcome 39 new citizens who hail from the countries of American Samoa, China, the Philippines, and South Korea.

The keynote speaker for the ceremony will be the Gov. Lourdes A. Leon Guerrero.

“I want to take this opportunity to recognize Governor Leon Guerrero as one of our women
pioneers of Guam. Women’s History Month is a celebration of the vital role of women in our
democracy, and the strides and contributions that women have made in American history and for our people of Guam.,” Chief Federal Judge Frances Tydingco-Gatewood said.