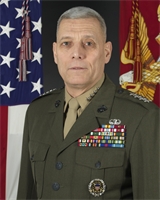 “We see the plan still as ‘on track’ for Guam, just delayed in the MILCON.” – Marine Corps Assistant Commandant General John Paxton.

Guam Congresswoman Madeleine Bordallo has again insisted on assurances from top military brass, that the Guam build-up will not be delayed, due to delays relocating the Futenma Marine base in Okinawa. But again, she was told at an Armed Services hearing delays are possible.

Bordallo has for the second time in two-weeks, pressed military officials hard on the build-up impact of a 2-year delay in building a Futenma Replacement Facility on Okinawa, which Bordallo recently visited.

The top Democrat on the House Armed Services Readiness Subcommittee left no doubt about what she wanted to hear from some of the top Marine officials.

“I think what I want to hear is that this will not affect the move to Guam…construction and so forth, is ongoing…and I think, this is what concerns my constituents back home, that there’s another delay in this move,” said Congresswoman Bordallo.

PACOM’s Admiral Harry Harris last week deferred to the Marines, when Bordallo asked about a delay in the realignment of Marines to Guam and stressed the build-ups’ ‘delinkage’ from Futenma in the 2012 US-Japan ‘2-Plus-2’ Agreement.

Now, Bordallo had the Marines in front of her. In fact she had the second highest ranking officer in the U.S. Marine Corps.

Marine Corps Assistant Commandant General John Paxton insisted the build-up is “still on track,” but added, “As you know, the three MILCON projects that we had slid one-year…we do have a power plant being built…and also, the Japanese government, is also doing, as you know, MILCON projects on Guam, as we speak. So, although it’s tied together, we see the plan still as ‘on track’ for Guam, just delayed in the MILCON.”

These are words Bordallo did not want to hear,‘delayed and tied together.’ She again reminded the military brass of the ‘delinkage’ in the 2012 agreement with Japan.

Paxton responded saying “It is a distributive laydown” and that there are “connections” between what happens in Okinawa, Guam, Hawaii, and Australia. He said they are linked by money, planning and training needs adding, “We never want to have a Marine stationed somewhere, where he or she is not able to train, or not deployable.”