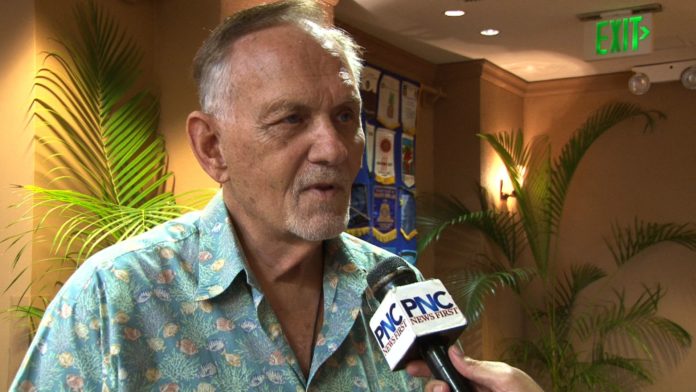 Guam – Money Resources President Carl Peterson says the recent tax increases will have a dramatic impact to the economy as a whole as well as our personal lives.

Peterson spoke to the Rotary Club of Northern Guam Wednesday about the effect of the one percent increase to the business privilege tax or gross receipts tax. Peterson explained the effect of this tax from an investment perspective. He used the example of a dollar that doubles once a year for 20 years. At the end of 20 years you will have accumulated 1 million 48 thousand dollars. However, he says if you tax each increase at 30% you will have only accumulated $40,626 dollars.

“That’s the impact of taxes. So, when you add 25 percent to the gross receipts that has a long- term impact on everybody’s wealth we just don’t see it for a long period of time. Or if we just save a little bit more and it’s not taxable it makes a huge difference so a tax on income or assets has a tremendous wealth generating impact,” said Peterson.

Instead Peterson says GovGuam should focus on improving efficiency rather than raising taxes. He says this inefficiency is not caused by one person or another but rather by the nature of the government system as a whole. He says GovGuam lacks a sense of urgency and used a personal example of a 9 month wait he had to get a simple building permit. Peterson has some ideas for how GovGuam can improve efficiency.

“One central computer system where everybody talks to everybody and there’s one department one agency one group that oversees what everybody’s doing so that they can’t use excuses. I mean there’s then a sense of urgency to get it done. It’s more efficient that way because there’s a centralized computer system,” said Peterson adding, “Just like you running your own business it’s got to have the same motivation otherwise it cannot be as efficient and that’s the system again it has nothing to do with the people.”