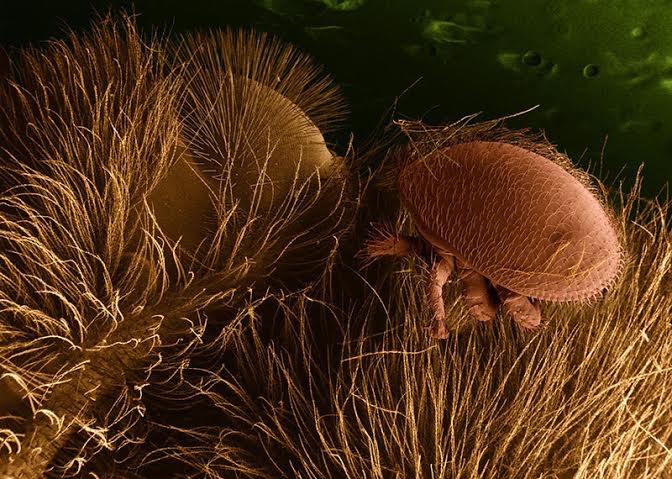 Guam – Earlier this week PNC brought you the story of the Varroa mite a tiny parasitic bug that is attacking the island’s bee population. Today we interviewed the man who first discovered the Varrao mite UOG biology undergrad Chris Rosario and Rosario tells us the good news is there is something we can do to get rid of the Varroa mite.

It all started with the USDA’s APHIS National Honeybee Project. The goal of the project was to conduct a survey of the health of honey bee colonies and what is negatively affecting their health. “Just about a year ago we found the Varroa mite and that was at the Southern Comfort Ranch on Guam,” said Rosario.

The Varroa mite is a tiny bug that lives on the bees and sucks out their bee blood or hemolymph. Rosario says that they found the Varroa mite on 3 of the 20 feral hives that he tested. The good news is the domestic hives they tested for example at Hamamoto’s fruit world were free of the Varroa mite. “It’s only the feral hives that we’ve been finding Varroa positive which could be a big problem in the long run cuz if we don’t get to these feral hives in time where we can domesticate and treat them for Varroa mites Guam could have the same problem as Hawaii which is a declining bee population,” said Rosario.

The other good news is that there are chemicals that can be used to kill the Varroa mite. There are mite away quick strips with formic acid that burns the exoskeleton of the mite.

The bad news is that right now Guam is not Varroa mite free which means we can’t export queen bees to the United States which is something we were hoping to be able to do. “We have to work towards eradicating the mites or actually trying to get our queen bees certified mite free which is possible in the long run but it’s just a lot of work ahead,” said Rosario.

Part of that work involves finding the feral hives on Guam and testing them for the mite. This is why Rosario and the University of Guam need your help. “Any feral bee hives that they may find report it to the Guam bee keepers association it’s on the Facebook page or you can call the entomology lab at 735-2068,” said Rosario.