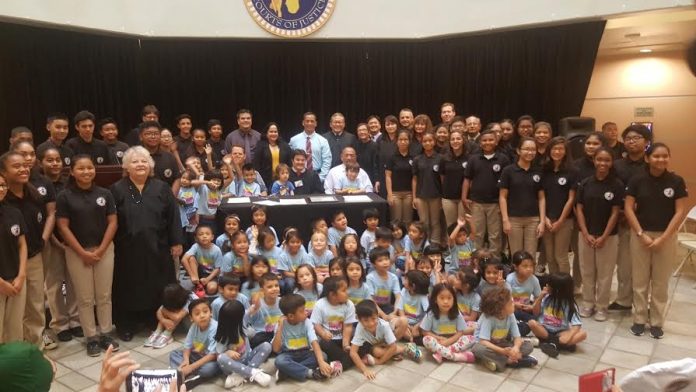 Events and activities are planned throughout the week.

Guam – Guam joins the rest of the nation in celebrating Law Day.

This year’s Law Day theme is Miranda: More than Words. This morning, May 1 was proclaimed as Law Day while April 25 to May 10 was proclaimed as Law Week. In celebration of Law Week, there is a list of activities and events designed to engage the community in celebration of the legal system, such as an open house tour of the Judiciary, mock trial plays performed by elementary and middle school students, a Law Fair, and a Student Island Leadership Day at the District Court.

Torres says, “It started off as Law Day. It became Law Week and now it’s Law Weeks. The excitement builds. It boils down to a fundamental message and that’s the outreach to the community, exposing the children and members in the community of the rule of law and its importance so we know that we are a society of laws.”
During the special ceremony this morning, the Public Defender Service Corporation was awarded the 9th Annual Hustisia Award.

Here are the other events for Law Week: